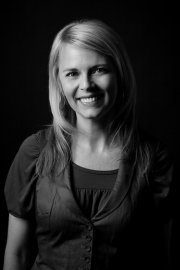 Angela Cross-Bystrom has joined DOJO as director of planning. She jhoins from her most recent post at Greenberg Brand Strategy. She has spent the last decade working at agencies from Weiden & Kennedy to 180LA to BBDO, Y&R Brands and more, providing strategic brand planning, market, trend, cultural and target analysis and consumer research to brands including Nike, Coke, Amazon.com, Starbucks, EA, Lexus, Belvedere and Chopin Vodka, The Gap, Miller High Life, Disney.com, and Kraft. The agency has also signed Rafael Gaino as programs director. Gaino comes from VeriSign, where he led projects in multiple languages for top cellphone carriers across the U.S. and Latin America. 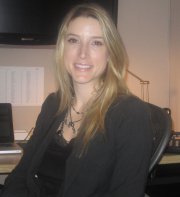 New York-based creative design studio Charlex has hired Meredith Machial as its new executive producer. With more than 10 years of experience in VFX, post-production and broadcast production, she has worked with every major ad agency and produced work for a variety of brands, from Lexus and Hyundai to Burger King and the NFL.Ms. Machial began her career at Reel FX and moved to Radium in Los Angeles following the merger of the two companies. Prior to joining Charlex, she held executive producer positions at Resident Creative Studio, New York and SWAY, LA, where she worked with agencies such as Goodby, Silverstein & Partners, Team One, Butler Shine & Stern, GSD&M, Saatchi & Saatchi, Leo Burnett, Team Detroit, Crispin Porter & Bogusky and Doner. While at SWAY, she also executive produced for feature and television projects, including "2012" and "Nip/Tuck." 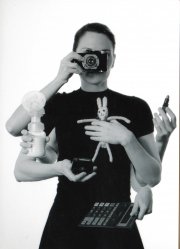 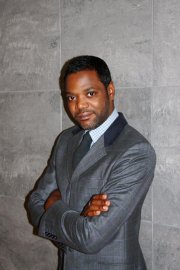 Wayne Fletcher has been named to the newly created role of innovation partner for McCann, NY. Fletcher started his advertising career evaluating IBM and Levis marketing efforts at Millward Brown, WPP's research and analytics unit, before he went on to hold European and global strategic and creative responsibilities at Aegis and IPG. He has created award- winning advertising, media and content solutions for clients including Philips, Moet Hennessy, Coca-Cola, UPS, Sunrise Brands, Adidas, EMI, Unilever, BMW and Disney. Most recently, Fletcher he founded IPG Sandbox, a specialist marketing solutions division of IPG. In addition to his duties as innovation partner, Fletcher will also manage, Brand Farm, a new strategic team aligned to create,and fund new product and service brands into the marketplace.

Danny J. Boyle has joined Radar as one of its L.A.-based directors. Boyle is best known for his live action work along with children's commercial spots, often collaborating with clients such as McDonaldʼs, IHOP and Nesquik. More recently, he has directed episodes of sketch comedy series for Fox Television, Disney Channel and Comedy Central.

Integrated production company Pulse announced the signing of Hannah Springham, director Pulse's TV series Pineapple Dance Studios, to its roster, as well as the appointment of Candice Chubb as executive producer on the advertising team. Chubb will be responsible for developing Pulse's existing directors and signing new talent. She joins Pulse from The Sweet Shop London, she was MD. Previously, she worked at 2am Films, where she signed and worked with directors including Michael Winterbottom, Damien O'Donnell and Harmony Korine. Her career began at Tomboy Productions, where she line-produced and worked with a range of directors ? such as Kirk Jones, Theo Delaney and Stephen Frears ? as well as working on Mike Basset England Manager with Ricky Tomlinson.

Euro RSCG London has promoted Rebecca Moody to head of planning. Moody has been at the agency for three years and has worked across a range of its accounts, including leading planning on the global Dulux pitch, in which Euro RSCG won the business in a four way pitch against AMV BBDO, BBH and DDB. Prior to Euro, Moody was at AMV BBDO, where she worked on the BBC, Yellow Pages, Pepsico and Sainsbury's Jamie Oliver campaign, winning IPA Silver for "Jamie: A Recipe for Success" in 2002.