Wieden & Kennedy Amsterdam has appointed Thierry Albert and Faustin Claverie as creative directors. Albert and Claverie join from VCCP London. There, they helped the agency win the Macmillan Cancer Nurse and McLaren Automotive accounts, and created the O2 "Priority Sports" campaign. The pair first joined forces at Mother London in 2011, writing the Stella Artois "9 Step Pouring Ritual" campaign. Prior to that Albert worked at Publicis Paris and Montreal, BDDP & Fils, and DDB London while Claverie spent time at the V agency, DDB Paris and Publicis. The duo also founded Surrender Monkeys, a collective of creatives, directors and designers, established to direct music promos and films for artists like the Pet Shop Boys or the Kooks. 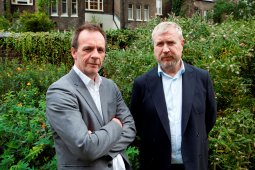 Creative duo Walter Campbell and Sean Doyle are the newest additions to TBWA/London's creative department. The celebrated team are the first creative appointments by Peter Souter, who was made chairman and chief creative officer at the TBWA U.K. group last week. The duo previously worked with Souter at AMV BBDO in the 1990s. Together they created the iconic Guinness "Surfer" spot directed by Jonathan Glazer. Campbell also worked on other famous ads like Guinness' "Bet on Black," shot by Frank Budgen as well Volvo's "Tornado," via Tony Kaye. The pair also made their mark at agencies including DDB, Leagas Delaney and Anomaly and also formed their own agency, Campbell Doyle Dye, in 2002.

McCann Buenos Aires has created a creative technology team, made up of creative talent from both McCann and production company MRM, including ad creatives, engineers, community managers, developers and programmers. The team will be led by Santiago Pennino, who will be digital integrated director, and Diego De Bernardi, who will be creative technician. Clients for the team include L'Oreal, Wanda, and La Virginia.

Friend London has signed directors RBG6 and Alphabetical Order of Swedish production company Aspekt for UK representation. RBG6 (an abbreviation of Rödabergsgatan 6, the street address of the studio where it was founded) consists of directing duo Joel Nordström and Lars Ohlin. The pair have worked on campaigns for brands such as IKEA, Sony, Orange, H&M and Lego . Alphabetical Order is a directing duo consisting of Marcus Linner and Daniel de Viciola, who have directed campaigns for Audi, General Electric, Saab and Volvo as well as a series of eight one minute spots for Nike. The two pairs founded Aspekt in 2011 in Stockholm with a focus on producing commercials for film and interactive campaigns.

Matthew Pollock has been added to Little Minx's roster. Pollack, who is an old hand at viral video films from College Humor, has worked on music videos, commercials, branded content and short sketches on the video site. Clients have included Yahoo, Dr. Pepper, Nestea, Trojan, Intel and Pepsi. 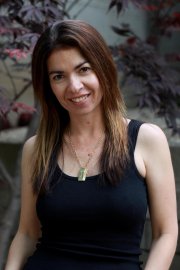 New York-based commercial production company Harpoon Pictures signed director Jeannette Godoy. Godoy, who has worked as a choreographer for commercials, films and videos (including for Sir Mix-A-Lot's track "Baby Got Back,") ended her debut year as a director last year with a campaign for Zest. She's also worked on spots for Bridgestone Tires and on a PSA for the Juvenile Diabetes Research Foundation of Los Angeles. She is currently shooting a documentary film about her family's journey from a life of poverty in Tijuana, Mexico to success in the U.S.