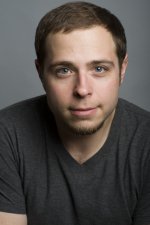 Yessian,a collective of producers, composers, music supervisors, research creatives and recording artists, has appointed Weston Fonger as a sound designer/engineer. His previous experience includes five years at audioEngine, working for clients such as HBO, Sony, Converse, Revlon and Visa. He also worked on spots for Carmax and Hyundai which aired during the 2011 Super Bowl.