Wieden+ Kennedy, N.Y. has announced that Co-ECD Tood Waterbury has resigned from the agency, effective May 1, 2010, and will be leaving to start a new creative/strategic consultancy, yet to be named. In his nearly decade-long career as co-ECD of the agency, Waterbury helped to expand the reach and definition of the creative department. Throughout that time he brought in architects, industrial designers, technologist, curators into the fold and helped to integrate digital as well. Waterbury will be working with Wieden founder/CEO Dan Wieden and John Jay to find his successor. Kevin Proudfoot remains as Co-ECD of Wieden, New York. 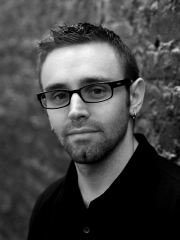 Firstborn has promoted Dan LaCivita to President. LaCivita was previously senior vice president/executive director. As president LaCivita will oversee Firstborn's R&D practices, help to grow the company's brand strategy and planning departments and become more involved in new business. The promotion is part of the company's management team restructuring, which will allow for new positions in the company for account management and client creative strategy, and will provide Founder/CEO Michael Ferdman added collaboration and support at the C-level.

Creative Director Ders Hallgren has been appointed to lead Click 3X Entertainment, the company's broadcast desin division. Hallgren has previously worked with Click 3X, on theatrical trailers for Ken Burns' Jazz documentary, image campaigns and packaging for CBS, ABC and HBO and commercial projects. Before Click 3, Hallgren was design director at Spontaneous and a CD at Headlight.

Imagination has brought on Brad Dixon (left) and Gino Reyes as creatives. Dixon was previously at Great Works, where he was lead creative on Mailbu Rum and also worked on Absolut, IFC and the Sundance Channel. Reyes was formerly at Anomaly as senior designer, and worked on brands lik Coca-Cola, Converse, the Effies, Eric Ripert's Avec Eric and others.