Wieden + Kennedy will be opening its eighth office in Sao Paulo, Brazil, to be led by Executive Creative Director Icaro Doria (pictured) and Managing Director Andr? Gustavo Soares. Brazilian native Doria last served at Goodby, Silverstein & Partners as GCD on HP and Sprint. Before that, he was at Y&R New York, where he was global CD on Dell and a GCD on Virgin Atlantic, Bacardi and VH1 and at Saatchi, New York. Doria has been named the most awarded copywriter in Creativity's annual Awards Report and has received several industry accolades from Cannes, ADC, the One Show, D&AD, AICP. Soares will move from Sao Paulo's F/Nazca Saatchi & Saatchi, where he was account services director for three years. He had also worked at JWT's offices in Bangkok, Sao Paulo and Mexico and his client creds include Unilever, Ford, Nike, Honda and Electrolux, among others. 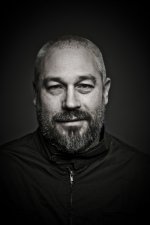 Steve Back has been appointed Chief Creative Officer at Ogilvy & Mather Singapore. The multiawarded creative will begin his new post in January 2011 and moves from Saatchi & Saatchi Sydney, where he had been Executive Creative Director for the past three years, working on clients like Toyota, Toohey's, Sony, Pedestrian Council of Australia and more.

Former Glue Isobar art director Paul Nowikowski and copywriter Craig Kind have joined AKQA San Francisco as creatives on the Xbox and Google accounts. Their past work at Glue included projects for Coca-Cola, Google, 3 Network and Grey Goose. The pair's previous haunts include Next Door and Inferno, where they worked on award-winning work for Honda. 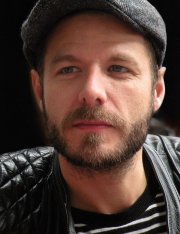 Ben Hibon has joined the roster of Nexus for worldwide spots representation. The award-winning director was behind the multi-honored Codehunters short film, as well as an animated mini-series for Sony Playstation based on PS3's "Heavenly Sword." Prior to that, Hibon had designed and animated in-game sequences for Capcom's "Killer 7," and sequences for Japanese director Sakichi Sato's "Tokyo Zombie." Hibon's most recent accomplishments include a three-minute animated sequence for the upcoming Harry Potter and The Deathly Hallows, in collaboration with Framestore, as well as his own animated zombie film, A.D. 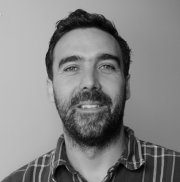 Rowley Samuel has joined Energy BBDO as Head of Integrated Production. He moves from DDB Chicago, where he was Director, Creative Integration and produced for clients like Reebok, McDonald's, State Farm, Budweiser and AT&T.

Director Jim Field Smith has signed to the roster of Little Minx for U.S. and U.K. representation. Smith recently completed shooting on the satirical comedy Butter, starring Hugh Jackman and Jennifer Garner and is currently working on a BBC Pilot "The Wrong Mans. His previous projects include the feature "She's Out of My League, the short film Goodbye to the Normals, the "'Ave A Word' interactive campaign out of Glue London and BK's "Dark Testimonial" effort out of Crispin Porter + Bogusky. He was previously repped out of CFM in New York and Partizan London. 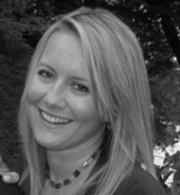 Katherine Moncrief joins Deutsch New York as Director of Creative Talent, from Head of Creative Talent at global recruiting firm The Talent Business. She has also served in brand and account management roles at agencies like Mother, Anomaly and Euro RSCG London, on clients like Coca-Cola, J&J, LVMH and Coors.

Matthias Zenter has joined the roster of Harvest Films for exclusive representation in the U.S. Zenter's previous commercial credits include "The Race" for Mercedes and Merkley & Partners, LG's "The Coolest Washer," out of Y&R, "We Wait" for Tostitos, out of Goodby and "Aquarium" for VISA, out of TBWA/Chiat/Day. Zenter was also behind the conceptual film An Italian Dream, a collaboration between Tods and La Scala Opera House, which debuted at Fashion Week 2010.

Tribal DDB recently announced a pair of new hires in its New York office. Rick Cornett comes on board as associate creative director, from IMC2. His previous jobs include stints at Anomaly, Deep Focus and FCB. Claribel Cardenas also joins as Project Manager on Ethicon, from McCann-Erickson. Her former shops also include Euro RSCG and FCB Healthcare.