People News from Wieden + Kennedy, London, The Mill and More

Dan Hon has joined Wieden + Kennedy London as a senior creative. Hon brings with him an extensive gaming background. He previously worked for three years at Six To Start, an award winning entertainment company he co-founded in 2007. There, he steered projects like "We Tell Stories" for Penguin Books, which took Innovation and Best of Show honors at South by Southwest Interactive in 2009. His other projects include Misfits for E4, Spooks: Code 9 - Liberty News for BBC THREE and Smokescreen, which won Best Game at South by Southwest Interactive this year. Hon speaks frequently on ARG, videogames and cross-platform entertainment and was featured as one of Wired UK's "Wired 100."

The Mill recently made three key appointments to help the company's expansion into the digital and interactive advertising arena. Former AKQA associate creative director Rodrigo Sobral (pictured) signs on as digital creative director and Bridget Sheils joins as digital executive producer, from Expolis. The pair join Andrew Bell, creative technologist, who moved from The Barbarian Group in May. Sobral's previously worked on Nike football at AKQA. Prior to that he was a CD at Unit 9, London, where he worked on projects for Nestle, Mastercard, Sony Playstation, Vodafone and Fiat. Sheils' past client list includes Fox Television Studios, Microsoft, NBC/Universal and The History Channel. Bell's CV lists such creds as the AR issue of Esquire and the music visualizer Magnetosphere. 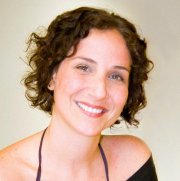 Suzana Apelbaum is joining Strawberry Frog in its New York office as executive creative director effective July 2010. Prior to joining StrawberryFrog, Ms. Apelbaum honed her digital expertise as partner and chief creative officer of REDE, the multidisciplinary agency of ABC Group. At REDE, Suzana led the creative department in creating campaigns and branded content for Google, Red Bull and Valisere. Before that, she served as partner of ABC Group's Hello Interactive, which was incorporated by REDE in 2009. From 2004-2005, she led the creative teams at JWT Digital.

Trailer Park's goodness Mfg. has signed Milla Stolte to the newly created position of director of strategy and planning, to oversee the agency's planning and social media groups. Previously, Stolte spent two years as head of planning and strategy across all accounts at Tribal DDB NY, and also led the agency's social media arm Radar. Stolte had also previously worked at Modernista as a planner, on accounts like HUMMER, Napster and Product (RED). Stolte's appointment follows the agency's recent signings of award-winning creatives Carl Corbitt and Anja Duering (pictured) as co-Creative Directors. The pair moved from Wieden + Kennedy, Amsterdam, where they were CDs on Nokia. Previously they were VP/associate creative directors at Crispin Porter + Bogusky, where their projects included work for VW and Geek Squad.

Creative design and production studio Brand New School has appointed Kayt Hall as executive producer of its London-based studio. Since relocating from South Africa to London in 1995, Hall has held producer positions with agencies such as M&C Saatchi and Ogilvy. Joining Passion Pictures as a senior producer in 2007, the company's European representation of BNS has led to numerous highly successful collaborations over the past three years.

PJA Advertising + Marketing has promoted Aaron DaSilva to executive creative director. In this new role for the company, Mr. DaSilva will lead the creative staff in PJA's Cambridge and San Francisco offices on clients including Yahoo, Chase Sapphire, Novell, Trend Micro, EMC and Infor. Mr. DaSilva joined PJA in 2004 as associate creative director and was promoted to VP-creative director in 2006. Prior to PJA, he was with Allen & Gerritsen in Watertown, Mass. as senior copywriter.

Saville Productions has signed on director Greg Gray for exclusive representation in the U.S market.Mr. Gray, who's been voted in the top 10 commercials directors worldwide by Bestadsontv, has made spots for Guinness, Ford, Nike, Windhoek, Golf and Axe. His commercial for Virgin Atlantic Upper Class, "Love Story" was featured in the Gunn Report's top 50 commercials worldwide. 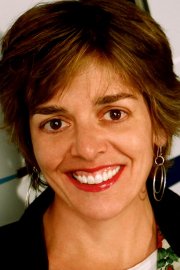 Beast has hired Sybil McCarthy as executive producer of its Los Angeles facility. Ms. McCarthy joins Beast from a two-and-a-half-year stint as a freelance agency producer in Los Angeles as part of the Poolhouse collective, working with global and local advertising agencies such as Publicis Seattle/NY, JWT NYC, GSDM and McCann LA.