Dutch creative team Hugo van Woerden and Philip Brink have joined the Amsterdam office of Wieden+Kennedy. The duo makes the move from CCCP, where they worked on accounts including Lipton, Pepsi, Holland (The Netherlands Board of Tourism & Conventions) and Hi-Tec Sports, for which their "Liquid Mountaineering" campaign received more than 5 million views on YouTube. Both van Woerden and Brink were previously freelance creatives at Gummo and YoungWorks, and their work has earned them industry awards including a Dutch Trendwatch Award, the Cannes Lion and the Webby Award.

Veteran Creative Director Jon Soto has joined Nice in San Francisco as the agency's Creative Director. He joins directly after a stint at BBDO/WEST, where he worked with clients such as Levi's/Goodwill, SF Zoo and Eset. He's also held creative leadership positions at Goodby, Silverstein & Partners, Hal Riney & Partners and TBWA/Chiat/Day. He's earned several Cannes Lions, including a Grand Prix and a Clio Hall of Fame award for his work with Nike.

TAXI Canada has added Brian Clarey, and Damein Boyes to its Toronto team?Clarey as General Manager, Digital and Boyes as Director of Interaction Design. Clarey as previously held leadership positions at at Organic and Arnold Interactive, and has more than 20 years of integrated marketing experience. Boyes joins TAXI with 13 years of industry experience in the digital world, and has worked on projects for top tier brands like Ford, Amex, Chapters, Kraft, Microsoft, McDonald's and General Mills.

WPP agency Schematic has signed Paul Chambers as ECD of its New York office. Previously, Chambers had been GCD at the N.Y. office of Tribal DDB Worldwide, where he led digital creative on the agency's global clients. His previous credits include work for Intel, Nikon, Johnson & Johnson, Microsoft, ExxonMobil and Diageo. 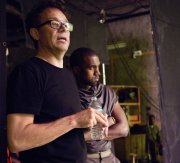 Video artist Marco Brambilla has signed to Stink, which will rep him for special projects. Most recently, Brambilla directed the video collage Power for Kany West. His previous projects include the 2009 Standard Hotel installation Civilization. Currently, Brambilla is working on a new video piece, Evolution. The work will be part of his first retrospective to be held in 2011 at the Santa Monica Museum of Art and will be a large scale video collage that expands on the techniques he used in Civilization.

Director, TV series creator and graphic novel author Christopher Leone has signed on to Motion Theory's directing roster. Leone created, wrote, and co-executive produced the critically acclaimed SyFy mini-series The Lost Room, for which he was nominated for a 2008 Writers Guild Award, and wrote and directed the short film K-7, which won Best Live Action Short at HBO's U.S. Comedy Arts Festival. At Motion Theory, Leone has directed spots for Disney's and Nintendo; as a visual effects artist he's collaborated on several projects, including HP and Reebok. 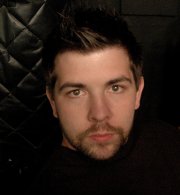 Ryan Dunn has joined the roster at New York-based creative design studio Charlex as a director/creative director, with which he first collaborated in 2009 as a director on a live-action spot for Verizon. He makes the move from the Chicago-based production company Vitamin Pictures, where he worked on various projects including a the Float spot for Microsoft Zune. Dunn has worked with a variety of brands over the past decade including McDonald's, Rotary, Budweiser, Audi, HBO and Nike.