Biscuit has signed director Christopher Riggert for representation in the U.S. Prior to directing, the Perth, Australia native was a creative at Fallon London working on clients like BBC, Skoda, British Telecom, Nike, MTV and Levi's. As a director,, he's shot for Audi, Fosters, Nike, Hyundai, Steinlager and Domino's.

Cutters, Chicago has signed Grant Gustafson as a partner. The award-winning editor has cut spots for Capital One, Budweiser and Cars.com. The editor is best known for his A-B spots, which have earned an Emmy nomination, a Cannes Lion and rankings on the USA Today Super Bowl Ad Meter.

Victors & Spoils has signed Mat Ranauro as senior technical director and Sarah Holbrook as account director. Ranauro was previously svp/director of interactive at Hal Riney in San Francisco. Prior to that he also served as associate technical director at Crispin Porter + Bogusky in Boulder, Colorado, senior flash director/senior art director at R/GA in New York, and art director/flash designer at New York's Egomedia in New York. His client creds include American Express, Burger King, Ask.com,, Coke Zero, Dominos, Nike and Miller Lite and his awards shelf includes nods from the Andy's, the ADC, Cannes, D&AD and the One Club. Holbrook comes from LatinWorks in Austin, Texas, where she was account director on Burger King. She also previously worked at the Miami and Boulder offices of Crispin, Porter + Bogusky on the VW and Burger King accounts.

Tribal DDB announced a number of new hires. Josh Chambers joins as associate engagement planning director, from Viget Labs where he was a strategist; Rashi Dhanda joins as management supervisor after working at shops like Organic, 72 and Sunny, Venables Bell, Goodby and MRM and Raisa Ivannokova joins as art director after stints at McGarryBowen, Cossette, Wunderman, Serino Coyne and Giraldi.

Sandwick Media has signed independent film director Ramin Bahrani to an exclusive representation agreement for TV commercials and advertising assignments. Bahrani is the award-winning director of a trio of contemporary independent dramas that have been screened at festivals around the world. His work is currently in the news due to an internet controversy surrounding the similarities between his short film "Plastic Bag" and a just-released public service announcement titled "The Majestic Plastic Bag." 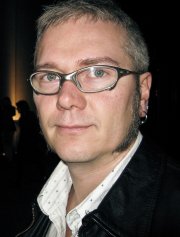 Mark Coleran has joined Bonfire as design director. Before joining the media company, Coleran spent three years as director-human interaction and visual design at Gridiron Software in Ottawa, Canada, where he created the user interface for the award-winning workflow application Flow. His resume also includes futuristic computer interfaces for 27 movies, including "Transformers," "The Bourne Ultimatum," "Children of Men," "The Island" and "Mission Impossible 3."

Director Luciano Podcaminsky has joined the roster of Landia, after five years at production company Rebolucion. The multiawarded director has earned more than 7 Cannes Lions, along with honors from the One Show, Clios and Circle of the Argentine Creatives.

AKQA has added seven people to its strategic planning team, all to be based at its London office. Rachel Lawlan joins AKQA as planning director. She previously led the Sony Ericsson and ITV accounts at Dare, and worked at DDB on VW, Kwik-Fit and Marmite. New senior strategic planners to the office include Sebastian Kemmler, Simon Wassef, James Filmer and Gabriella Petter. Additionally, joining the team in other positions are Sarah Waite as strategic planner and David Prentell as associate strategic planner. 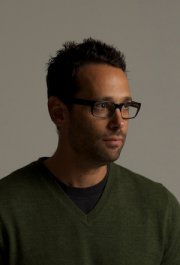 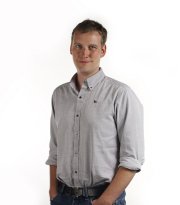 Matt MacDonald has been promoted from creative director to executive creative director at JWT, New York. MacDonald joined JWT in 2003 as a copywriter, became a member of the agency's High Potential Program in 2005 and was promoted to creative director in 2007. During his tenure, he has worked on brands including Macy's, JetBlue, Smirnoff, De Beers, L.L.Bean and Pfizer. MacDonald co-created Macy's new classic holiday ad, "Yes, Virginia," which received three Lions at Cannes, and was also instrumental in the creation of JetBlue's "The Flyer's Collection" campaign as well as the award-winning "Welcome Bigwigs."

Canada-based commercial production company Brown has added director Jim Owen to its team. Most recently, Owen's short film "Can We Talk?" won an Honorable Mention in Short Filmmaking at the Sundance Film Festival 2010. As a commercial director, he has created ads for several brands in the U.K., including BlackBerry, O2, Innocent Drinks and Howies.

Independent marketing and technology agency LBi has expanded its U.S. management team with a number of new hires in its New York office. Pete Johnson and Mike Hartman have joined as group creative directors; Debby Chow has joined as director-CRM; and Erin Keefe has taken on the role of strategy director-health. In addition, Christopher Enright, who has been with the agency for 10 years, has been promoted to chief innovation officer. He will continue to run all of the agency's innovation projects and be integral in growing LBi's Innovation Lab. Taylor Noguera, most recently a client partner, has been appointed U.S. director-business development. Johnson was most recently a creative director at Tribal DDB, where he led projects on Jose Cuervo, Phillips, Pepsi and NFL, to name a few. He has also spent time at Ogilvy and McCann. Hartman most recently headed up digital at WPP's Chemistry/Grey, a cross-agency unit that serviced the holding company's work across Johnson & Johnson. Chow was previously at G2, where she was director-strategic planning, CRM, leading relationship-management strategy for many of the agency's pharmaceutical clients. Prior to joining LBi, Keefe held senior planning positions at G2 and Merkley + Partners, where she worked primarily with pharmaceutical brands including Cialis, Latisse and Lipitor. 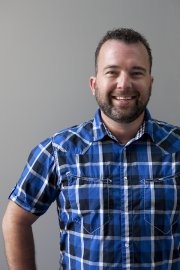 Brian Tierney has joined Mullen as senior VP-creative director. Mr. Tierney was the writer and lead creative director on Garmin's Super Bowl and "Give a Garmin" holiday campaigns, which he worked on at both Fallon and his own eponymous agency. His other notable work includes the launch of BMW's MINI Cooper and Burger King's "Fantasy Ranch" TV spot. Tierney's advertising honors include Best of Show at The One Show and the MPA Grand Kelly for MINI Cooper, and he was also part of the team that won a Cyber Grand Prix for Method at the Cannes Advertising Festival.

Martin/Williams Advertising has promoted Zach Pentel to senior social-media strategist. In this role, he will lead social-media strategy development and advise a client portfolio that includes 3M, Cargill, Syngenta, Payless ShoeSource and Marvin and Integrity Windows and Doors. Since his arrival at the agency, he has provided social-media counsel to existing clients and obtained new business for the shop.

Mother has brought on Angelina Vieira Barocas to take on the newly created role of managing director of its New York office. Barocas comes to Mother from Six Flags, where over the span of four years, she led the development of the company's business and strategic positioning, and developed its first online marketing campaign. Prior to Six Flags, Angie she was president of Bugaboo North America, and before that, worked for 10 years in account services at Wieden & Kennedy. 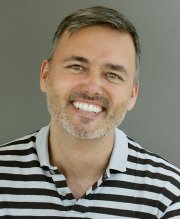 Method has promoted Claus Hansen to head up its creative-finishing division as creative director. Hansen has worked with Method since its 2009 merger with RIOT (where he'd been on staff since 1999), overseeing all creative projects for the division in addition to contributing his own work as a finishing/VFX artist. Recent projects from Hansen at Method include spots for Playstation with Deutsch, Nike "Puppets" and Jeep "Manifesto" with Wieden & Kennedy, and Scion "xB Splicer" for ATTIK.

Producer Toby Courlander has joined Spank Films. Courlander brings with him the French CGI/Animation collective, No Brain, as well as Andersen M Studio, which recently won two Gold Lions and the Young Directors Award at Cannes, as well as three Clios for their paper animation film, "Going West." 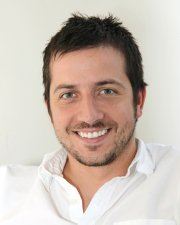 SapientNitro has hired Jake Benjamin as a creative director in New York. Mr. Benjamin has written copy, created and directed well-known campaigns for clients such as Tide, Hyundai and ASPCA, and in his 12-year career has won awards from Cannes, One Show, Clio, D&AD and the ADDYs (National and New York). Prior to joining SapientNitro, he was a senior copywriter for Goodby Silverstein & Partners, where he took part in developing the Cannes Titanium-winning Hyundai "Assurance."

Director K-roll has joined Believe Media. K-roll spent many years in advertising as a top creative at various Paris agencies and later moved into directing commercials and music. She has directed spots for Nina Ricci, Martin Grant and Virginie Castaway, among others.

Crispin Porter + Bogusky has hired Matt O'Rourke as interactive group creative director, Jens McNaughton as interactive associate creative director, and Chean Wei Law as interactive design director, to work out of the agency's Boulder, Colo., office. Prior to CP+B, Mr. O'Rourke acted as digital senior VP-group creative director of McCann WorldGroup. He landed at the agency in 2003 as a copywriter on the Microsoft account and in 2005 shifted his focus from traditional to nontraditional media. Since this transition, his work has been recognized with industry awards, including a Bronze lion at the 2010 Cannes Lions Festival for General Mills' "Golden Grants" campaign and a Silver Pencil for the Mastercard mobile app Priceless Picks at this year's One Show Interactive.

Since 2007, McNaughton held the post of creative director at Apple, Inc., where he managed the development of the iPhone website and created more than a dozen iPhone applications. Prior to Apple, he was associate creative director at The Designory, Inc., where he worked on award-winning websites and online advertising campaigns for Nissan Motors and Infiniti Motors. His work has been recognized by One Show Interactive, Los Angeles Beldings, Communication Arts, San Francisco Show, Addy's, HOW Magazine and the Macromedia Site of the Day.

Chean Wei Law is returning to CP+B after getting his creative start there as an interactive designer with the agency's Miami office in 2005, where he helped produce major campaigns for Burger King, Mini Cooper, Volkswagen and Coke Zero. Prior to his new position with CP+B, he was an interactive art director/designer at Wieden + Kennedy, Portland for more than three years, mainly working on the Nike, Starbucks and Coke accounts. Before that, Law worked as an art director for JWT New York, during which time he also founded his own design studio called Undoboy. His work has been honored with many industry awards, including a Cyber Grand Prix by Cannes Lions and a London International Grand Prize.

JWT, New York, has acquired Digitaria, a full-service digital agency JWT North America will use to move toward placing digital at the core of the agency. JWT will acquire 100% of Digitaria, which is led by CEO Dan Khabie. Mr. Khabie will retain his title and report to Worldwide Digital Director David Eastman.The 100-person shop, founded in 1997, has created award-winning campaigns for Qualcomm, NBC, Dreamworks and ESPN. Some of its best-known work includes the NFL's international site, NFL-360.com, the Best Western To Go! iPhone app and the U.S. Soccer site ussoccer.com and mobile site. Digitaria will retain its name and maintain its headquarters in San Diego while expanding its presence in New York.