Toronto-based agency Zulu Alpha Kilo has appointed Jon Webber as creative director and David Adams as design director. Webber (left) joins from Proximity, where he was VP creative director, and spent the past five years working on clients such as Pepsi, Frito Lay, Alka Seltzer, M&Ms. HP, Campbell's and the Canadian Olympic Committee. Prior to his time at Proximity, he worked at Tribal DDB and Cossette Interactive. Adams has worked as a designer within Toronto design and advertising shops including Karacters Design Group, Soapox, Concrete and Grip Limited. 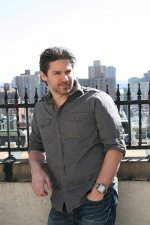 Nice Shoes has promoted Lenny Mastrandrea to head of color at the New York based studio. Mastrandrea has been with Nice Shoes for 15 years and in his new role will place an emphasis on talent development, technological advancement, efficiency, and business growth. He will lead integration of the studio's new Control Dailies at Nice Shoes effort, a strategic relationship with MTI Film Hollywood to offer entertainment television producers a digital dailies service for episodic television shows originating in New York and finishing on either coast. Mastrandrea will also continue in his role as colorist, working with such brands as Under Armour, Wendy's, Kohl's, L'Oreal, Van Cleef & Arpels, Verizon, Lunesta and others.

Draftfcb San Francisco has hired Jon Drawbaugh as SVP, head of integrated production, and Donald Tench IV (who is more commonly known as 'Four') as VP, director of interactive. Both will be responsible for leading their respective departments across the agency's San Francisco and Seattle offices. Drawbaugh joins from Goodby, Silverstein and Partners, where he spent seven years, most recently as a senior producer working on brands including Chevrolet, Cheetos, Comcast, Hewlett-Packard, Tostitos, eBay and Kayak.com. He has also freelanced at Euro RSCG in San Francisco. Tench joins Draftfcb from Crispin Porter + Bogusky in Boulder where he served as a senior interactive producer and account head for the agency's American Express account. Prior to his time at CPB, he worked at Digitas.