Michael Boychuk (right) is moving to Leo Burnett Worldwide from SK+G in Las Vegas, where he served as ECD. At Leo Burnett, Boychuk will be senior vice president and creative director. Boychuk previously worked as a CD at Eleven Inc., and helped pioneer Seattle-based WongDoody, now known as Wong, Doody, Crandall, Wiener. He has worked on campaigns for Carl's Jr., adidas, Red Bull and Virgin. Boychuk is joined by his creative partner, Mark Moll. Moll, who will also be SVP and CD at Leo, has previously worked at agencies including CP&B, where he helmed Domino's "Pizza Turnaround" campaign. The agency also hired Kevin Lilly as SVP and participation strategy director. 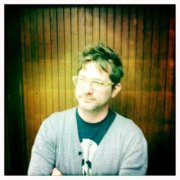 The VIA Agency has named Jason Lucas of BBDO New York as Group Creative Director, digital, reporting to VIA CCO Greg Smith. Lucas was previously senior creative director at BBDO, where he worked on the FedEx and Mars accounts. He also was a creative director at Deep Focus and a senior art director at TBWA/Chiat/Day in New York. The VIA Agency was named Ad Age's small agency of the year in 2011 and won Perdue Farms earlier this year.

Liz Gumbinner, who has been working on new business efforts for clients like Aruba and Johnson & Johnson was also promoted. The final two new EVPs are Paul Kekalos, who has led PNC Bank and Azure accounts and Jeff Vinick, who leads creative for PNC and who developed integrated work for iPad iAds.

FLUID NY has launched an audio post studio, "Mr. Bronx," and added David Wolfe to the position of Lead Mixer and Engineer. Wolfe has a background in audio post and has spent time at audioEngine, as well as at companies like BMG and Webman Associates. His resume includes work for Hellmans, Kayak and Budweiser and his film credits include a forthcoming feature film, "Supporting Characters." Mr. Bronx will be located within FLUID.


Chicago-based Two by Four has made seven new hires, including two creatives. Eamon Conway, a recent graduate of the Chicago Portfolio School, is a new copywriter and Elaine Mangclicmot has been appointment art director. Magclicmot was most recently at KMT Creative in Chattanooga, Tenn., where she was also an art director.