CP+B has hired Dan Donovan and Bill Roden as creative directors based in its Boulder office. Donovan will be working on the agency's Microsoft account while Roden will be working on MetLife. Donovan (left) comes to CP+B from McCann NY where he has been a group creative director on the Verizon Wireless account since 2005. He has worked at McCann Erickson since 2000, working on brands like MLB, ESPN, Avis, Staples, U.S. Army, Nikon, Sprint, Black & Decker, Verizon Wireless and Weight Watchers for Men. 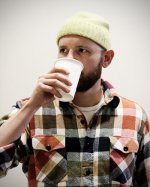 Roden (pictured, left) is returning to CP+B, having previously worked at the agency in 2007-2008. He was most recently integrated creative director at Saatchi in LA and before that, he worked at TBWA/Chiat/Day, David and Goliath, and Ogilvy among others. In his 18 year advertising career, 13 of which have been digitally focused, Roden has worked across brands like Burger King, American Express, Coca-cola, Nike, Toyota, Activision, Yahoo, Kia, Audi, Volvo, VW and Domino's. He has won at Cannes (Lions, Cyber Lions and Titanium Lions), the Clios, One Show and One Show interactive, Communication Arts, D&AD, and the London International Awards.


ACNE Production is opening an office in London and has appointed former CHI & Partners executive Ben Clark as managing director/executive producer. The office will be ACNE's fifth, after Stockholm, LA, Paris & Berlin. Clark joined CHI & Partners in 2002 and served as head of broadcast production for the last two years of his tenure, producing work for brands such as Drench, Samsung, Talk Talk, Lexus and Vodafone. 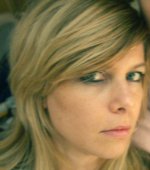 Believe Media has appointed Jannie McInnes as executive producer, based in its New York office. McInnes joins from Revolver in Canada, and was previously creative director for recording artist Feist. Her experience includes producing and overseeing productions for directors including Floria Sigismondi, Patrick Daughters, Joseph Kahn and Hype Williams.


Luma Pictures has appointed Vicki Mayer as executive producer, commercial content. She will be responsible for overseeing advertising-related VFX project work, staffing the growing commercial wing and expanding and establishing client relationships. Mayer has worked as an agency producer and VFX producer at companies including Goodby, Silverstein & Partners, Saatchi & Saatchi, 72andSunny, EVB, Dentsu, Rock Paper Scissors and Digital Domain. She has worked with brands such as HP, Toyota, Nike, Anheuser-Busch, Diet Coke, Visa, Lexus, Smirnoff, 2K Sports, Juicy Fruit, Altoids and Bridgestone. Her short film, The Witness: From the Balcony of Room 306, received a nomination at the 81st Academy Awards in the 'Documentary Short Story' category.

Holiday Films has signed Sean Thonson to its roster for Canadian representation. Thonson has directed spots for automakers including BMW, Mercedes and Lexus, as well as clients including Gillette, Dow, Sears, and Dove. This year, Thonson captured the spirit of Canadian adventure in a 16-spot campaign for Travel Alberta titled 'Remember to Breathe'.