Director Nico Beyer has joined Little Minx's directorial roster. Beyer, who just finished Lexus work with Team 1, will be represented by Little Minx in the U.S. and Europe, except for Germany. He began his career in 1992 with Partizan in Paris, and Propaganda in the U.S. and U.K., where he directed music videos for Suzanne Vega, The Verve, Erasure and the Cocteau Twins, among others. In 1997, he launched his own production house in Europe, called Chased By Cowboys, which later expanded into the U.S. market as well. He has worked for brands including Coca-Cola, Nike, Mercedes, Siemens, Audi, Adidas and Canon. He's currently working on a new short film, which will begin production at the end of this year. 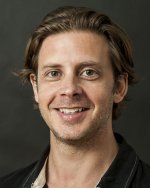 Colle+McVoy hired three new creatives, including Bryan Michurski (pictured) who joins the agency as a group creative director. Michurski, who has 20 years of adland experience, has previously worked at Olson, Martni/Williams and Clarity Coverdale Fury,according to his LinkedIn profile. The Minneapolis-based agency also hired John Borchardt, as director of broadcast and Derek Kirchhoff as interactive creative developer.

Crispin Porter & Bogusky promoted Jason Gagnon to executive producer and head of radio and audio. In his new role, Gagnon, who is based out of the agency's Miami office, will oversee all sound production. Gagnon has been at the agency since 2005. In 2008, he was promoted to head of radio, and has since worked on campaigns for Domino's Pizza, vitaminwater, belVita, BestBuy, Old Navy and Kraft, among others.

Production company th2nd has brought on Graham Sherrington as its commercials lead for food and drinks brands. Sherrington has directed spots for Alpen and Waitrose and also worked on shoes like Top Gear and The Apprentice. "I had a number of production companies looking to work with me, but I signed to th2ng because they have a superior contact book in Europe, the Middle East and the States, and they really see the potential in a specialist director in food and drink," he said in a statement.

Caviar has signed director Ryan Reichenfeld for worldwide representation. The self-described "skateboarder, turned visual FX artist, turned director" went from the pro-skating world to creating visual effects for Universal Studios and Ghost Town Media, working with Michel Gondry, Zooey Deschanel, Frank Ocean and others. He then moved into directing and shot the "Moving On" video for Steriogram and the recent "Stay With Me" video for No. He's currently wrapping a project with BBH London and directing another music video, both set to launch in September.