"Poetica," a collective of artists and filmmakers, with a focus on live-action-through-post onctent, has launched out of New York, with an office in Los Angeles. Led by managing director Bob Cagliero (right), the team at Poetica includes director Anthony Furlong (middle), photographer and director Brian Cross and creative director Steve Tozzi (left). The studio's collective credits include work for brands like Acura, Chase, L'Oreal, Hershey's, Nokia and Mercedes-Benz. It just finished spots for Coupons.com and Smuckers. 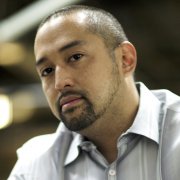 Crispin Porter & Bogusky has promoted Tony Tung to VP, director of interactive production. In his new role, he will oversee the shop's production department, out of Crispin's Boulder office. Tung joined the agency in 2009, and has worked on campaigns for clients including Microsoft, Best Buy, Dimono's and Old Navy.

Arcade Edit has added Nicole Visram as an executive producer. Visram, whose portfolio includes work for the BBC, Ogilvy & Mather, Motorola, IBM and Mattel, has also done documentary film work. She produced Lucy Walker's "Tsunami and the Cherry Blossom," which was nominated for an Oscar this year. Visram was most recently an EP at Cutters Editorial Studios, where she spent the past seven years. 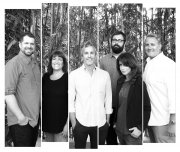 Carl Swan and Lizzie Schwartz have started a new production company, Community Films, in Culver City, Calif. Schwartz, formerly an EP at Moxie Pictures, said she had crossed paths with Swan many times before, and had "only ever heard great things about him." Swan was formerly an EP at Hello!. The company's roster includes Matt Smukler, Pam Thomas, Jared Hess, Seth Gordon and Michael Patrick Jann, who between them have worked on "Sex and the City," "Napoleon Dynamite," and "Nacho Libre."

Leo Burnett has opened an office in L.A., a "bespoke creative hub" dedicated for the shop's global Samsung account. Led by Shannon McGlothlin, who has done work for W+K Portland, CP+B and Deutsch L.A., the agency has also hired creative duo Adam Kennedy and Brandon Rochon, who will be SVP/Creative Directors and come from Ogilvy and Mather Paris.