Goodby Silverstein & Partners has hired ACNE's U.S. creative chief Kalle Hellzen to be its new chief digital officer. Hellzen worked for the Swedish digital production company for eight years, serving as partner, creative director and director in the company's Los Angeles office and U.S. headquarters. He helped lead the ACNE's U.S. expansion and developed work for brands including Toyota, Skittles, Volvo and H&M, and on GSP-created campaigns including "Crash the Super Bowl" for Doritos and "Bus Stop Derby"for Yahoo!. Before joining ACNE in 2005, Hellzen was a senior creative at agencies including Wieden + Kennedy as well as other Swedish shops. 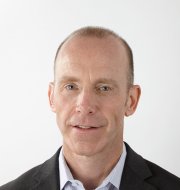 TBWA's Digital Arts Network has named Stuart Sproule as president, charged with overseeing worldwide operations and growing global digital accounts. Sproule, who will be based in New York, joins from AKQA, where he most recently ran international operations and talent. Previously, he served as the managing director of AKQA's San Francisco office for seven years, and the Shanghai office for five years. While at AKQA, Sproule worked with clients including Target, Visa, Verizon, Unilever and Charles Schwab. TBWA's Digital Arts Network launched in June 2012 as the unification of TBWA''s existing digital entities under one brand.

WPP Digital-owned agency Possible has appointed Jonathan McVey as global creative officer. McVey previously served as the Seattle-based firm's chief creative officer, where he focused on the agency's corporate and U.S. operations and oversaw the creation of its CoLab in-house social network, as well as the relaunch of its website Possible.com. In his new position, McVey will guide creative strategy across the firm's 26 offices around the world. He has worked at creative and interactive firms in the U.S., Japan and Hong Kong and has more than 20 years of experience developing brand strategy for companies such as Converse, Apple and Nintendo. Possible's clients include Barclays, BP, The Bill & Melinda Gates Foundation, and Microsoft. 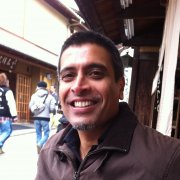 Ogilvy & Mather Beijing has appointed Juggi Ramakrishnan as executive creative director. The position was last held by Bill Chan, who departed from the agency in May 2012. Since 2010, Ramakrishnan's last role was as deputy regional ECD at O&M Advertising Asia Pacific, where he worked with regional offices to lead business wins for Royal Philips, ICC T20 World Cup and Schweppes. Before joining O&M, Ramakrishnan was the ECD of BBDO Proximity Singapore from 2007 to 2010 and ECD at Saatchi & Saatchi Singapore for 11 years prior to that. 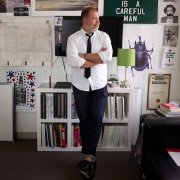 Arnold Worldwide has promoted Wade Devers to executive creative director at its Boston office. Devers joined Arnold in 1999 as a senior art director and since then has worked on Royal Caribbean, Silk Soy Milk, Fidelity, Monster.com, and Celebrity Cruises. Since 2008, he has held the role of EVP, group creative director. In his new role, he will oversee Jack Daniel's, CVS, Fidelity Investments, McDonald's, Carnival Cruise Lines, CFP, Huntington, Bank Midwest, and Carbonite. 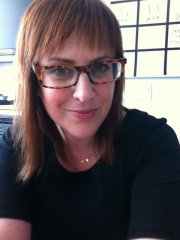 San Francisco agency Duncan/Channon has named chief creative officer Michael Lemme (left) as its fourth partner and hired Andrea Bozeman, formerly associate creative director at AKQA, into the role of creative director. Lemme will continue to lead the agency's UX and design practices and contribute to its strategic practice. Prior to joining Duncan/Channon, he was creative director at the San Francisco design firm Method. At AKQA, Bozeman worked on brands such as Gap, Target and Xbox. Prior to that, she worked at several agencies in the US and EU.