Rattling Stick has signed Benjamin Millepied, best known as the choreographer of Black Swan, as a director, and a formed new creative partnership with Millepied's multli-media company, The Amoveo Company. Since working on Black Swan, Millepied has directed a number of short films in collaboration with various artists, including Mark Bradford, Philip Glass, IO Echo, Lil Buck and Zeds Dead. Most recently he worked with Ringan Ledwidg as choreographer on Baileys spot A Christmas Nutcracker. He co-founded The Amoveo Company with composer and producer Nicholas Britell in 2012. Amoveo will work with Rattling Stick's content and entertainment division Rattling Stuff to work on commercial briefs and develop content and entertainment productions.

Rogue Films has signed director Anthony Dickenson to its roster. With roots as a photographer, he has worked on commercials for Lexus, LG, BBC and Nike as well as documentary, music video and creative installations for artists JR, The XX, Mount Kimbie, Groove Armada & Jon Hopkins. 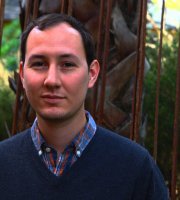 ACNE has added senior art director Tyler Andersen to its roster. He has worked on projects including comedy-horror feature Butterfinger the 13th for Nestle; reconstruction of the Tron Legacy Franchise website in 3D; Yahoo Fantasy Sport's Quarterback Challenge; and Honda's Good Reasons campaign. He has spent the past five years freelancing for companies including ABC, Tool, The Cimarron Group, Trailer Park, and David & Goliath Productions.

New York editorial house Cosmo Street has added editor Stephane Dumonceau to its bicoastal roster. He has been a commercial, music video, and film editor for the past 19 years. Dumonceau began his career at FCB/SF, cutting spots in-house for clients such as Levi's, MTV and Fox Sports. He then spent the next six years at Mad River Post/NY, and has worked at Final Cut/NY and LA for the past 5. Directors he has worked with include Wes Anderson, Spike Lee and Michel Gondry.

Repping house Hustle has hired Matt Walsh as its director of business development, charged with heading up its newly opened West Coast operation based in LA. Walsh joins from the New Zealand offices of interactive shop RESN, where he was an interactive producer on brands like Hennessey and NZTA and also focused on new business strategy. He brings RESN with him to the HUSTLE client roster.