Todd Riddle has joined Deutsch L.A. as executive creative director on its VW account. Riddle was most recently ECD at Fallon Worldwide on the Cadillac USA and Canada account, and will be leading VW jointly with fellow ECD Michael Kadin. He joined Fallon in 2012 and worked on launches for the ATS and the XTS. Prior to Fallon, he freelanced at his own shop, and served as group creative director at BBH New York on Miller Lite and Vaseline.

Naked Communications has appointed Paul Ward as group chief production officer, a newly created global appointment based in Sydney. Ward joins Naked having spent 16 years at Bartle Bogle Hegarty (BBH) in senior production roles and the past year with Havas Group agency Host in Sydney and Singapore. He will work closely with the Naked Australian, UK and USA CEOs and their teams, and alongside Naked Group COO Joe Lugo. 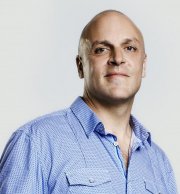 Goodby Silverstein & Partners has promoted Tod Puckett to director of broadcast production. He is replacing Cindy Fluitt, who, after 25 years at the agency, is retiring at the end of the year. Puckett joined GSP 20 years ago as one of its first hundred employees. He was named an associate partner in 2012. His work includes TV campaigns for such clients as Budweiser, the California Milk Processor Board, Comcast/XFINITY, E*TRADE, Hyundai, Isuzu and Porsche. USA Today named his spot "Monkey" for E*TRADE one of the ten best Super Bowl ads of all time, and his spot "Door Music" for Saturn was nominated for an Emmy.

Publicis Dallas has hired Brad Roseberry in the new role of chief creative officer. Most recently, Roseberry was executive creative director at TBWAChiatDay in New York, charged with rebranding the Accenture global business. Before that, he was SVP, creative director at BBDO New York. He has also worked at agencies including Goodby Silverstein & Partners, Wieden+Kennedy Amsterdam and 180 Amsterdam, on clients includng GE, Pepsi, adidas, Sony and the California Milk Advisory Board (Got Milk?).