Saville has signed French director Olivier Megaton for commercial representation within North America. Olivier is best known for directing action films including Transporter 3 starring Jason Statham, the Zoe Saldana assassin movie Colombiana, and the Liam Neeson-fronted sequel, Taken 2. Megaton's background is as a trained painter and graffiti artist who was encouraged by French photographer and director Jean-Baptiste Mondino to explore the film and directorial route. His filmography also includes Exit, his first feature film, and he is set to helm the upcoming $60 million action-thriller Taking Gotham, which centers on a series of brutal robberies in New York City.

Bully Pictures has signed director Gregory Maya for exclusive representation for commercials. Previously represented by The Artists Company, Maya has earned recognition for his work for such brands as American Express, Target, JC Penney, Verizon, TJ Maxx and Bare Escentuals. Maya worked in the theater before embarking on a career as a commercial producer. His first effort as a director was a public service campaign for The Fresh Air Fund. Since then, he has directed campaigns both in the U.S. and internationally for such clients as Pantene, Wal-Mart, Dove, AT&T, Blue Cross/Blue Shield, American Express, McDonalds, Clairol and Toyota.

Richard Bullock
Australian writer/director Richard Bullock is joining Will O'Rourke and Revolver in Australasia to develop and direct long-form content and commercial projects. Bullock, who will continue to be rostered to Hungryman in the USA & UK, is the former executive creative director and partner of 180 Amsterdam and has worked on campaigns for brands such as Adidas, Sony, Omega and Motorola. He has been a full time writer/director since 2009. He has shot films about climate change in Peru, eye surgery in Mongolia, heart disease in Rwanda and plastic surgery in South Africa and his long form films have run on the National Geographic Channel, Eurosport and the BBC. So far in Australia, his work has involved directing projects for Lotterywest, OPSM and Mastercard.

Brendan Williams
L.A.-based production company A Common Thread has signed Australian director/cinematographer Brendan Williams, ACS, for exclusive representation in the United States. Williams has shot work for such brands as Subaru, Mitsubishi, Queensland Tourism, eBay and Hyundai. He began his career as a director of photography and made his directorial debut in 2000. Notable work includes a spot for BMW in which a 1960s vintage roadster morphs into models of successively more recent vintage while traveling around a track and a recent ad for Hyundai that features a hypnotic montage of time-lapse footage showing the Northern Lights, bullet trains, hot air balloons and cityscapes. 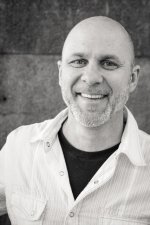 Mike Albert
Modus Operandi has signed Mike Albert as executive producer, based out of Detroit. Albert's career includes spells at Leo Burnett and DMB&B, after which he worked as senior producer at Yaffe and Co, EP at Bozell Worldwide, and as head of production for Campbell Ewald Retail. After moving to consultancy he worked with Speedshape as EP of the 3D conversion of Robert Rodriguez's "Spy Kids 4" and the Weinstein Company's current release "Escape From Planet Earth". 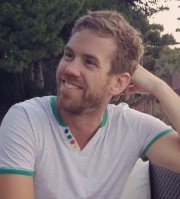 Andrew Romatz
Visual effects studio a52 has appointed CG and VFX artist Andrew Romatz to its ranks as CG Lead. Romatz joins a52 following turns at Motion Theory, Psyop, and Wolf & Crow. His past clients have included brands such as ING, Coca-Cola, O2, Lexus, NYC & Company, Sears and more. 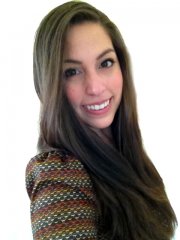 Jeanette Vera
3D artist and compositor Jeanette Vera has joined the crew of Athena Studios as visual effects artist. Vera had worked with Athena previously on a freelance basis, before leaving to work at The Base Studio in Foster City for a year. While at Base, she made VFX contributions to such hit films as Captain America Harry Potter and the Deathly Hallows: Part 2, The Smurfs, The Avengers, Abraham Lincoln: Vampire Hunter and most recently, Hansel and Gretel: Witch Hunters. She left Base to return to Athena Studios on a full-time basis.