U.S. creative production company Shilo has added director Daniel Cohen to its directorial roster for worldwide representation outside the U.K., where he continues to be represented by Aardman Animations. Cohen's live-action project for Nelson Mandela's READ charity won him the Creative Circle's Best Newcomer Award in 2004. He has helmed campaigns for Amnesty International, Hellmanns, Hovis and others. Prior to Aardman he was on the roster of Th1ng and HLA, having started his directing career at Graham Fink's production company thefinktank. 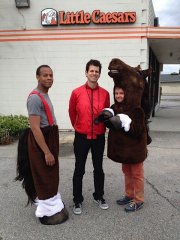 Director Harold Einstein, formerly of Station Film, and his longtime executive producer Eric Liney, have opened up their own production company, Dummy. Mr. Einstein is best known for his quirky comedy spots for brands like Kayak.com and Little Caesars, produced out of Barton F. Graf 9000. The move to open his own shop was inspired by his many collaborators. "I watched Gerry [Graf] open Barton F. Graf9000, editors open post houses, composers open music houses, and Steve O [Stephen Orent] open Station Film," he said. "The one thing I noticed and continue to see among all of them is a gleam in their eyes. I think that gleam comes from them knowing they own the key. I wanted to experience what it was like to make stuff in an environment I created to make stuff in." As for the company name, that story is less sentimental. "AmEx sent me a Platinum card the other day, and under my name is the word DUMMY, which I want to believe will be the funniest thing Amex ever does," he said. 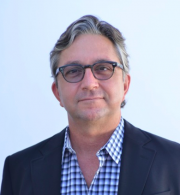 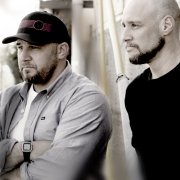 The Goetz Brothers have joined Seed Media Arts for commercial representation. Kevin and Michael Goetz were nominated for a Primetime Emmy with rock band Fuse's "Best Rock Video of the Year," have spots in the permanent collection at MOMA, and have been shortlisted several times at both the Cannes International Festival of Creativity and at the AICP Awards. They recently finished their first feature film, Scenic Route. Their signing with Seed coincides with the company's moving its headquarters from Chicago to Santa Monica. This will see executive producer Tim Ward partnering with executive producer Roy Skillicorn.

Pulse Films has appointed Kira Carstensen executive producer and president of commercials of its recently launched U.S division, based in Los Angeles. She comes to Pulse Films after seven years at production company Supply & Demand, where, as EP and partner, she ran the commercials division and grew the company's roster from four to 16 Directors. Her clients have included Chrysler, Cadillac, EA Sports, Mercedes, Fiat, Activision, P & G and others. 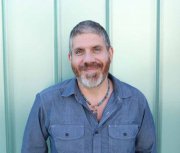 Cut+Run has added editor Stephen Berger to its team. Berger will be available to work from any of the Cut+Run offices including Los Angeles, New York, and London. His previously work has included spots for Activision directed by Reynald Gresset, XBOX directed by David Fincher and Tim Miller, a Cannes-winning Logitech spot directed by Paul Hunter, and a Chevy Volt Super Bowl spot directed by Filip Engstrom. He comes to Cut+Run having just edited a Target holiday campaign via 72andSunny.