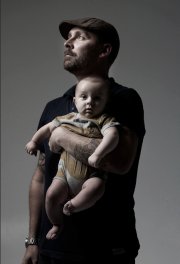 B-Reel has added Chris Woods and Patrik Bergh to its UK commercial director roster. Woods (left) joins the B-Reel UK roster while remaining with OPC in Canada. As well as creating photographic work for brands including Gatorade, Nike, Adidas, and Land Rover, Woods has directed commercials for likes of Mini, Volkswagen, Skittles, and Adidas. His first work for B-Reel is a spot for Halls, which launched in the US last week. Bergh (below) returns to B-Reel UK after a one year hiatus with HSI. Prior to his first stint with B-Reel, he spent a decade as a commercial director with Partizan. He has directed work for brands including Google, Sainsbury's, VW, Nissan, Ford and BBC and won the 2002 Film Four/Orange Film Competition with his film Veronique.

New York based production, design and branded content company Big Block Live has signed directors Josh + Vince, GHOST+COW and Joe Sabia for exclusive representation in North America. Josh Ruben and Vincent Peone are known for their comedic viral videos including their series of CollegeHumor videos for Vitaminwater. GHOST+COW is a Brooklyn-based directing duo comprised of Brandon LaGanke and John Carlucci, who have worked in advertising, as well as on the production company, music label and art scene in New York City. Sabia is a New York City-based digital artist and storyteller who launched the music channel CDZA and has worked with brands such as Google, Interscope Records, BBC America and AT&T. 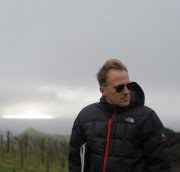 Biscuit Filmworks has added director Bruce St. Clair to its directorial roster for both U.S. and U.K. representation. St. Clair has shot spots for brands including Samsung, Coca-Cola, Chevrolet, Gillette, AT&T, Audi, VW, Opel and others. His most recent project was helming a worldwide launch campaign for MINI. Prior to joining Biscuit, St. Clair was represented by HELLO! in the U.S. and Mad Cow Films in the U.K. 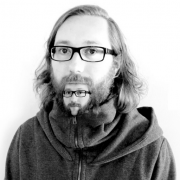 ACNE has hired Jeremiah Reichardt as a senior developer. Reichardt joins from B-Reel and has also worked at Insomniac, Razorfish, Designkitchen and Leo Burnett/Arc Worldwide. His work includes developing a touchscreen application at the EA Sports booth at the E3 2013 trade show as well as work in videogames, including Outernauts for Facebook, while working at Insomniac Games.

Blink has signed director Marcus Svanberg to its roster. In his native Sweden he has helmed filmed for brands such as IKEA, Nike, Coke Zero, UNICEF, Rayban, Jaguar and Reebok while he worked with Neil Gaiman, Robert Rodriguez and Lewis Hamilton on a recent spot for Blackberry's 'Keep Moving' campaign. He won two Silver Cannes Lions awards for his films 'The Proposal' and 'The Proposal 2', for Triss, the Swedish lottery.