London production company th2ng has signed Scott Walker to its roster of directors. Walker has worked as a senior creative director for advertising agencies including JWT, DDB and BBDOand has run multi-platform brand campaigns for leading brands, Esso, Adidas and Visa. His awards include Cannes Lions, D&AD and Clios.

Visual effects production studio Scoundrel has appointed Raoul Bolognini as partner/EP. At the same time, the company has expanded to a larger studio in New York as an addition to its Los Angeles headquarters. Bolognini and Scoundrel are working on Beware The Night for Jerry Bruckheimer and Screen Gems, one of Bolognini's longtime clients. During Bolognini's 20 year career in the film industry he has worked as a visual effects producer on moves including This Is The End, Bling Ring, Grown Ups 2, Gangster Squad, Twilight Saga and Spider-Man 2, and on TV series including Buffy The Vampire Slayer. 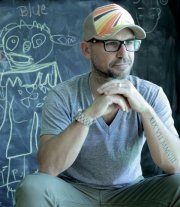 Station Film has signed Cedric Nicolas-Troyan, the Academy Award-nominated VFX Supervisor on Snow White and the Huntsman, for commercial representation. His work includes commercials such as Haagen Dasz "Opera" (Goodby Silverstein & Partners), a Cannes Silver Lion-winner, and comedic short film Carrot vs. Ninja. He is currently preparing his first commercial job at Station Film for Sega via San Francisco agency Duncan/Channon. Nicolas-Troyan began his directing career at Psyop, which he co-launched in Los Angeles, and has also worked in VFX at Method. 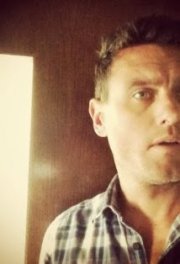 MPC has opened a new color grading studio in Amsterdam. The boutique facility will provide high end VFX, motion graphics and colour grading for the Dutch market and will be closely supported by MPC London. 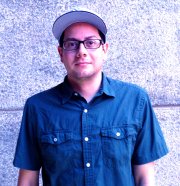 Music production company Amber has appointed Joey Reyes as senior producer. Formerly at Nylon and Stimung, Joey has produced music on spots for Gap, Puma, Levis and DirecTV, amongst others.

Creative duo Toby & Pete have joined the roster at New York based Levine/Leavitt. With roots in photo-illustration, CGI imagery and typography, the duo have also produced and directed music videos, animations, installations, and creative production for live music concerts.

Believe Media has formed a partnership with LA-based animation company Moo Studios in which the company and its roster will be represented as a division of Believe for animation and motion graphics-oriented work, as well as post-production services. Moo, headed by founder/owner David Lyons, has worked on campaigns for clients such as Guinness, Harley Davidson, Xbox, Google+, and Blue Moon.