BBDO gets a global chief marketing officer, TBWA LA gets a head of strategy
READ THIS NEXT
This week's agency moves, hires and partnerships: March 18, 2020 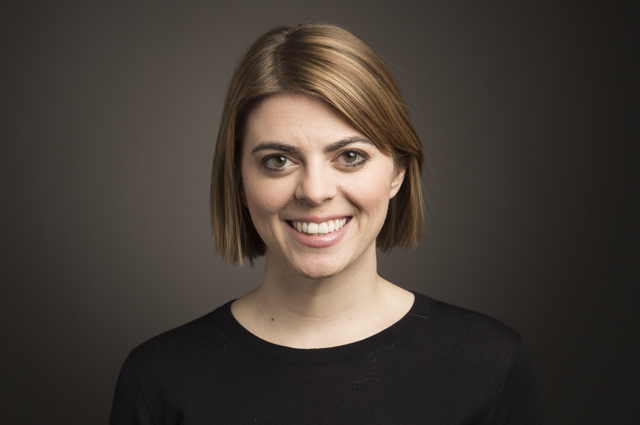 Crystal Rix becomes global chief marketing officer at BBDO Worldwide, a new position for the agency. She will continue in her current role as chief strategy officer of BBDO New York. Rix joined the agency 15 years ago and served as the director of business development and as planning lead on accounts including Mars, AT&T and Barbie. She was an Ad Age “40 Under 40” honoree in 2016.

Grey promoted Diego Medvedocky to president of Grey Latin America. He continues in his role as chief creative officer of the shop and president of Grey Argentina. He joined the agency as executive creative director in 2013 and has helped double its revenue and number of clients.

TBWA\Chiat\Day Los Angeles promoted Jennifer Costello to head of strategy, a new role for the agency. Previously, she was group strategy director. She joined the agency in 2013 and has worked with clients including Blue Diamond Almonds, Robinhood, Google Play and Smashbox cosmetics.

Goodby Silverstein & Partners promoted Executive Producer Leila Gage to head of broadcast production. Former head of broadcast production Tod Puckett becomes director of film and music curation, a new position for the agency. In 10 years at the agency, Gage has worked on the “Got Milk?” campaign and with clients including StubHub, Xfinity and PepsiCo. Prior to that, she held positions at JWT New York and Saatchi & Saatchi New York.

Engine appointed Zihla Salinas as global chief marketing officer. She will also continue in the role of U.S. agency CEO. Under her oversight, the agency has brought on clients including SoulCycle, American Public Education Inc. and MyBoxShop. Previously, she was executive vice president and managing director at Doner LA. Engine U.K. hired Melody Sylvester as head of film. She joins from Ridley Scott’s RSA, where she was executive producer. In 25 years in the industry, she has worked with brands including Smirnoff, BMW, Nike, Reebok, Coca-Cola, Stella McCartney and Paul Smith.

Isobar hired Jory Edmunds as chief strategy officer and MaryAnn Hoadley as senior vice president of federal business development. Edmunds joins from Indeed, where he was senior director of global brand strategy and insights. Previously, he was group vice president of brand strategy at SapientRazorfish and has worked with brands like Patrón, Neiman Marcus, Audi, Dove, Kraft Foods, Starwood Hotels, Samsung, USAA and Citi. Hoadley joins from Koniag Government Services and Subsystem Technologies Inc., where she was SVP, business development.

Paige Maguire joins R/GA Austin as experience design creative director, a new position for the agency. Most recently, she led the Service and Interaction discipline at Accenture’s Fjord. Prior to that, she managed digital strategy for Dell’s first brand campaign.

Fallon London hired João Paulo Testa as creative director and Olly Markeson as planning director. Testa joins from F/Nazca Saatchi & Saatchi São Paulo. He spent five years at AlmapBBDO working on brands such as Audi, Volkswagen, Pepsi and Havaianas, and he co-founded co-working start up Workhäuss. Markeson joins from Virgin Management, where he was the in-house brand strategist. Prior to that, he held positions at agencies including BMB and Grey, working on McCain, Vodafone and Pantene, and spent time client-side at P&G.

Heat promoted Molly Cabe to head of strategy from group strategy director. Since joining the agency in 2015, she has overseen strategy for accounts including Hotwire, Levi’s and Visa. Previously, she held positions at Goodby Silverstein & Partners, FCB and Pereira & O’Dell.

Austin-based Callen hired David Hughes as managing director and Julianna Simon as head of strategy. Hughes joins from Wieden & Kennedy, where he was group brand director, working with clients including Chrysler, Coca-Cola, Converse, Dodge, Powerade, RXBAR and Verizon. Simon joins from Fallon, where she was head of strategy, working on accounts like Arby’s, H&R Block, Silk, Cheerios and Loctite.

Above & Beyond hired Tom Munckton as creative director, design and branding. He joins from Each London, where he was creative director and founding partner. Prior to that, he was design director at Mother London and has worked with brands including Green & Black’s, Starwood Capital, Google Web Lab and Barbican.

Human Design hired David Smail as a creative director based in Boulder, Colorado. He joins from the University of Colorado where he was a professor of Practice in Creative Advertising and a freelance CD. Smail spent nearly 20 years in creative positions at Y&R, Ogilvy and JWT in Asia, and founded the Vietnam office of BBDO in 2007. He has worked with brands including Citibank, Dove, HSBC, Ford, KFC, Mars/Wrigley, Mercedes-Benz, Johnson & Johnson, Nike, PepsiCo and Sony.