Ogilvy China has made several staff changes, including appointing Sheilen Rathod as president of customer engagement and commerce for China. Rathod, who's moving to Shanghai in September, was previously managing director of OgilvyOne Hong Kong and a vice president of OgilvyRed, Ogilvy's consulting practice. Ogilvy has also promoted Thomas Zhu to group executive creative director in Shanghai, working alongside recently hired Cheeguan Yue, and promoted Yong Yuan and Ella Chan to group managing co-directors, jointly managing the Shanghai office and reporting to Debby Cheung, president of Ogilvy Shanghai. In Shenzhen, Angela Chou has been promoted to managing director of the soon-to-be-opened Ogilvy Shenzhen office. 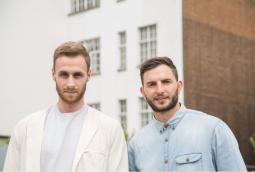 James Crosby and Will Cottam

McCann London has hired CHI & Partners creative duo Will Cottam and James Crosby. They were behind a campaign for Freedom Brewery that won several awards including at D&AD. During their four and a half years at CHI, Cottam and Crosby also produced work for Lexus and The Princes Trust. 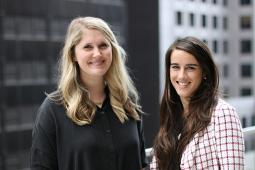 DDB New York has made two new hires, appointing Hannah Meium as director of content and Rocky Probst as senior social media strategist. Both executives will report to Reema Mitra, group director of digital strategy, who joined DDB New York in March, and will work on clients such as State Farm, Unilever and Cotton. Meium joins DDB New York from Mashable, where she spent two years. In her role there as director of branded content, she oversaw work produced for all brand partners, including Netflix, Ford, Qualcomm, Wells Fargo, PepsiCo and Kia. Probst joins from Huge, where she was the social lead for Federal Student Aid, Eli Lilly and National Highway Traffic Safety Association. 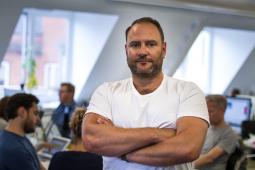 Paul Zeidler has joined creative agency Keko London as creative director. He joins from Karmarama, where he was instrumental in winning and creating campaigns for clients including Sony, Porsche, Grant's Whisky and Honda. At Keko he will work across all of the agency's clients, including the Bentley Motors global account.