About two years after BBH laid down roots in Los Angeles, the agency is ready for its coming out party.

Led by Executive Creative Director Pelle Sjoenell (pictured), who was sent out West from New York in 2010, the 13-person strong Los Angeles shop is moving into a new space on Melrose Avenue in West Hollywood, and now has clients including the L.A. County Museum of Art, Justin Bieber's new fragrance, "Girlfriend," and Google.

BBH L.A. originally set up shop in the former bungalow of Frank Sinatra, located at the United Artists Lot, home of the film studio founded by Charlie Chaplin, Mary Pickford and Douglas Fairbanks in 1919. "It was a campus of creativity," said Mr. Sjoenell. "One that our industry can't always access." The "Lot" also was in close proximity to the production of HBO's "True Blood," Mick Jagger's production company Jagged Films, and Oscar-winning post-production company Audio Head. "This proximity has allowed us to learn where how things are made in L.A. and in Hollywood," he said.

"When we sent Pelle out to L.A. at the end of 2010, it was really to start gathering some learning in the entertainment space," said Greg Andersen, CEO at BBH New York. "We wanted to find out how the creative community out there is structured, learn about entertainment brands and their power. Now, said Mr. Andersen, the shop is at an "inflection point," and ready to "step out with our business."

In doing so, the agency will be trying to bring the lure of Hollywood to what it creates for brands. "People pay to see what Hollywood makes, and they pay to not see what Madison Avenue makes," observed Mr. Sjoenell. "Entertainment knows what real fandom is. It's amazing to see the difference between fandom and just like-dom."

Over the last two years, Sjoenell has been building relationships with people from the entertainment industries--and in some cases, hiring them. He gave the example of BBH L.A. creative Mary Fagot, who has held creative director stints at Blip Boutique, Capitol and Virgin Records but also ad experience at shops like North Kingdom. "Having someone like Mary is creating a relationship between advertising and entertainment," he said. Ms. Fagot was part of the creative team behind Google Music Tour, the project that earned the shop four Webby nods this year. Other staffers hail primarily from the agency world, including former 180 L.A. creatives Ben Barney and Ryan Pocket Fluet; Ludvig Frossen and Philip Westman, who were both creatives at Mother; and strategy director Fran Hazeldine who crossed the pond from BBH London.

Beyond that, the shop is also trying hard to create what Andersen calls a "Hollywood studio model," where in the future, almost half of the people at the agency would work on a freelance basis, coming on board according to the needs of the moment. "We want to put a new model in to the market that explores content depending on where we see the media environment evolving," he said.

BBH has already made its mark in the branded entertainment arena--in 2007, the N.Y. office teamed with @radical.media on the multiawarded "Gamekillers" show on MTV for Axe. And it isn't alone in trying to bridge the gap between the entertainment world and Madison Avenue. Wieden & Kennedy's entertainment division has been around for more than a decade and recently launched projects like "Space Ducks," a graphic novel with in collaboration with artist and musician Daniel Johnston, and a series of documentaries for P&G about Olympic athletes and their mothers.

Ogilvy's entertainment arm just released a new model to measure the effectiveness of branded entertainment and wrapped up its first year working on documentaries for chemical company DuPont. Entertainment giant CAA brought ad industry vets into the fold to launch CAA Marketing, which created the multiawarded Chipotle film "Back to the Start," among other things.

But BBH's L.A. office will try to distinguish itself by "immersing the agency in the unique culture and inspiration of Hollywood," outside of implementing the aforementioned freelance talent model that will let it tap into as many creative people in the industry as possible, said Mr. Sjoenell. 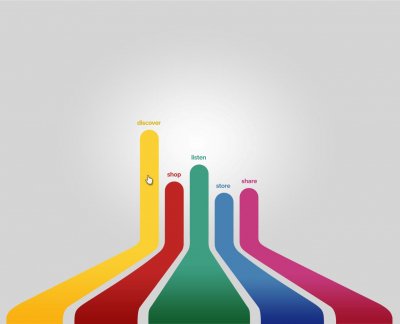 The office recently won four Webby nods for Google Music Tour, a site that promoted Google Music by letting you build your own track by listening to different instruments, adding layers and controlling when each instrument will play. The track is visualized through HTML5 as you create it.

It's also now working on a social media-based, charity campaign for Justin Bieber's new fragrance. It's the kind of project that combines extreme fandom and brands quite seamlessly, said Mr. Sjoenell, although he couldn't share more about it. The agency also plans to work on more branded content and TV programming concepts.

How BBH L.A. and Mr. Sjoenell are working is also having a profound impact on the agency's other offices, said John Patroulis, chief creative officer. "Pelle and I speak on a regular basis, and his exchange is enriching the place," he said. New York and L.A. have been sharing creative teams depending on the project, he said, especially because each are able to bring in a skillset that the other office may not have access to. "With L.A.'s focus on content, we're much more aware of those possibilities for our clients, and how to--in a very practical sense--bring them to life."