Creatives You Should Know: Ginny Golden

"These days, whenever I say, 'Damn, I wish I thought of that,' it's rarely about a 30-second spot," says Ginny Golden. She's a creative director at AKQA in Washington and the lead on several innovative projects for Volkswagen—including the first iPhone-only car launch campaign.

That work, for VW's GTI model, scooped the Titanium award at Cannes last year. Golden spotted the opportunity for VW to be relevant on the emerging mobile platform and her team developed an iPhone app, "Real Racing GTI," which allowed people to test-drive the car and post their fastest lap on YouTube. The fastest were entered into a contest to win a special edition GTI. The app became the No. 1 download in 36 countries.

Another project she worked on saw three VW Jetta models sold through high-end sales site Gilt Groupe, after Golden's team decided "to start a conversation around luxury quality at a great price." Even they were surprised by the popularity of the campaign: each of the cars sold in less than one second. "Automotive brands will need to play heavily in more innovative spaces if they want to remain relevant," she says. 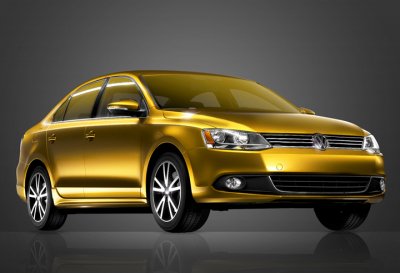 Golden joined AKQA's Washington office in 1997 after four years as a visual designer, and says her design training still plays a role in her creative process. "I'll devote an entire day to making sure everyone on the team understands who we're talking to. Then I'll ask them to think about the problem and return with inspiration—a video, a photo, whatever. I find a common pitfall for many creatives is concentrating on tactics too early. If it's a good idea, it's based on a strategic insight and it can take on many forms and manifestations. It's not a far cry from the formal design training I got in school, learning the basic principle of horizontal vs. vertical searching."

Outside of work, she's passionate about cleaning up reefs. After honing her scuba skills on a sabbatical after 10 years at AKQA, she's now involved with groups like Plastic Pollution Coalition and PADI's Project Aware.

Golden's next projects will involve the VW Beetle and Passat brands. Her tips for up and coming creatives? "Don't let fads and trends get in the way of doing good work. You must be able to distinguish between the monotonous garbage and the remarkable creative that makes you think twice."