Noma Bar’s distinctive, spare style has made him the go-to artist for brands looking to stand out from the crowd. 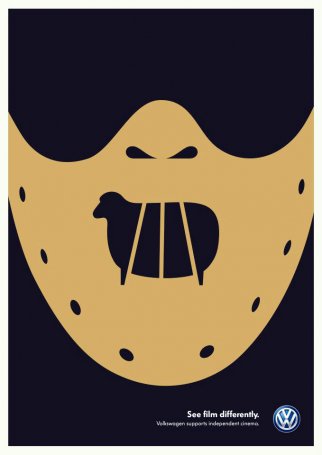 Appearing on posters for Volkswagen’s “See Film Differently” campaign via Adam & Eve/DDB to The Guardian’s “Voice Your Views” campaign via BBH and IBM’s “Smarter Planet” campaign through O&M Paris, his illustrations are cryptic and concise, inviting the audience to have a think -- and a laugh. Born in Israel and now London-based, Mr. Bar is the author of two books, “The Many Faces of Noma Bar” and "Negative Space," which have become must-haves for the design industry.

He has exhibited worldwide, including solo shows in London, New York and Paris, and won a Yellow Pencil award at the D&AD Professional Awards 2012 for his series of Don DeLillo covers. As for his take on creativity, it’s “maximum communication with minimum elements,” he said.