Co-CCOs, CAA Marketing
READ THIS NEXT
How restaurant chains are duking it out to be the best in their categories 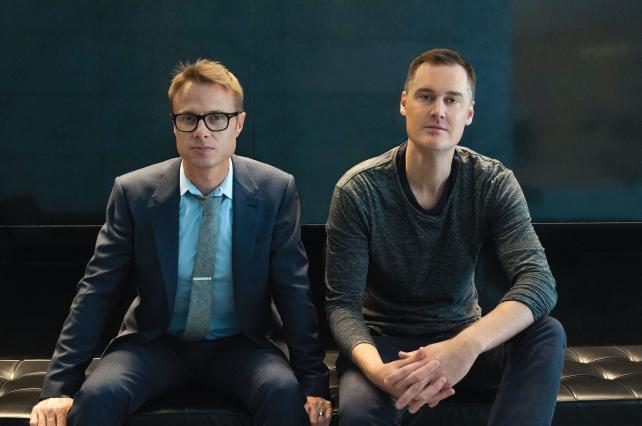 It's the rare brand that can pull a repeat when it comes to campaigns that win the hearts of not just awards juries, but also the general public. Chipotle did just that this year when "The Scarecrow," its follow-up to the celebrated "Back to the Start," earned double Grand Prix at Cannes this year in the PR and Cyber categories, helping it to become one of the year's most awarded campaigns.

It was another big win for CAA Marketing, led by co-CCOs Jae Goodman and Jesse Coulter. The pair left the agency world in 2007 to bolster the talent powerhouse's marketing division, and have proved to Madison Avenue skeptics that they were capable of producing work that resonates while making a real difference.

The campaign, arguably, helped to kick off an industry-wide movement to create work that doesn't just get passed around, but that also does good. In 2014 CAA Marketing went on to deliver more heartwarming content with Old Navy's "Unlimited" high school musical, it brokered a partnership between Miss Piggy and QVC to launch the porcine star's new "lifestyle" collection and re-teamed with "Scarecrow" directors Brandon Oldenburg and Limbert Fabian of Moonbot Studios to create a fantastic animation for Dolby that debuted during the technical Oscars.

After more than 5+ years at the talent giant, Mr. Coulter said he now realizes more than ever that "advertising can be anything - any format on any medium. And as an industry, as we extend the definition of advertising, we need to learn the disciplines of these formats. Personally, I've become a student of story. I've learned so much yet have so much more to learn. I think our industry was rebranded as storytellers, but most of us have not taken the time to actually learn the craft."

"Maybe this is obvious, but being a little outside of the day-to-day advertising agency business has given us a level of objectivity we just could never have gained from within it," added Mr. Goodman. " For example, we've gained a greater respect for intellectual property. It kills us to see ad agencies giving their best ideas away for free in competitive pitches. And we're not sure that having lots of two-person creative teams compete against each other is the most efficient way to get to a business-driving idea for our clients -- nor is it particularly respectful of the teams' ideas. In both cases, we changed the way we work. We prefer to be in business with our clients and then collaborate with them to find a creative solution, rather than shoot in the dark with pitch ideas. And we tend to work in one larger team to develop ideas – more like a tv show writer's room than an ad agency creative department."