Exec VP-Marketing, Digital and Global Brand Strategy, Syfy
READ THIS NEXT
How restaurant chains are duking it out to be the best in their categories

Who would have thought sharks in a tornado would have spelled success not once but twice for Syfy? Thanks in large part to Michael Engleman's creative marketing, 80% of which relied on unpaid social and digital media, the cable network has found itself a lucrative summer franchise. 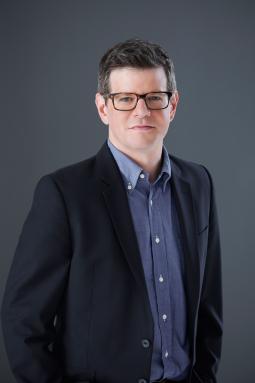 While the original movie was an unexpected hit, for the second one Mr. Engleman, Syfy's exec VP–marketing, digital and global brand strategy, generated a publicity storm by giving viewers the tools to be the storyteller. Syfy partnered with Subway for in-movie integrations, teamed with Random House for the book, "How to Survive a Sharknado and Other Natural Disasters," and created an app that allowed viewers to insert themselves into shark-attack backdrops.

Helped by the advance marketing, "Sharnado 2" was watched by 3.9 million viewers, up from 1.4 million who tuned in to the original. This made it one of Syfy's most-watched original films. Now Mr. Engelman's task will be how to top himself, with the third installment airing summer 2015.

What was the biggest challenge in marketing "Sharknado 2?"

Mr. Engleman: Not to overplay our hand. I don't think the second one would have been the success it was if we were heavy-handed and didn't have the correct tone.

What is your creative process?

Mr. Engleman: It is formed by a lot of research and understanding of the audience. But what's critical is we have to love it. In the case of "Sharknado 2," if we aren't laughing and wanting to share with our friends, it's probably not the right stuff. In a data-centric world you still need to balance the art and science.

How much does data come into play?

Mr. Engleman: We now have these real-time platforms that give us insight into the engagement and share-ability of content. If we put something out and it doesn't work we won't do it again. But analytics are just one component. There's also still the need for old-fashioned social skills and brand ambassadors who understand the brand identity and listen to the other side of the conversation. You still need the human element with the analytics.

What is your advice for getting out of a creative rut?

Mr. Engleman: Great ideas come from collaboration. When I am stuck or the team is stuck, it is helpful to work with different people or change around the team. There's a great generational convergence happening where the tried-and-true vets are working side-by-side with these whiz kids. You need that experience in concert with wide-eyed eagerness of just starting out.

Have the rules of storytelling changed in a digital world?