Creative Director/VFX Supervisor, Framestore
READ THIS NEXT
How restaurant chains are duking it out to be the best in their categories 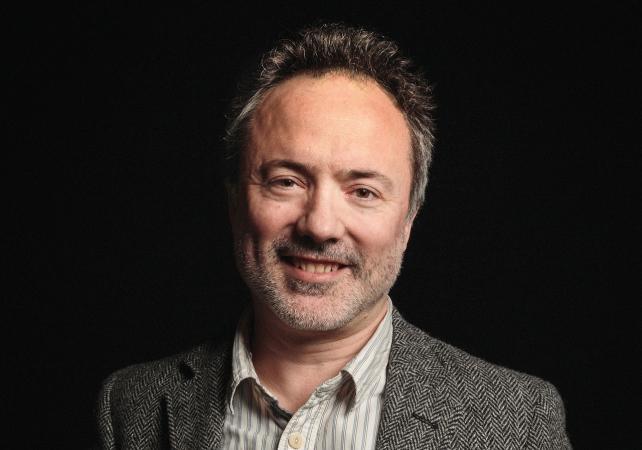 "Gravity" was the film that no one thought would ever work -- and it went on to dominate the awards season. The reason? Not George Clooney's charm but the film's incredible special effects, all created by London VFX house Framestore.

Tim Webber was Warner Brothers' VFX supervisor on the movie, responsible for the team that created its groundbreaking techniques. Both he and Framestore were regularly name-checked in reviews of the movie -- something almost unheard of in the VFX world -- and picked up an Oscar and a BAFTA award.

Mr. Webber joined Framestore in 1988 and was the driving force behind its push into digital film and TV, working on some of the Harry Potter movies and picking up an Oscar along the way for "The Dark Knight." But "Gravity" has really put his talents on the map -- not to mention kicking off a trend for space-based movies.

Framestore is also making waves in the field of virtual reality, opening a VR production studio this year for brands ready to explore the technology.

Ad Age: What is your definition of creativity? How would you describe your creative process?
Tim Webber: Creativity is often defined too narrowly. To me it is applying novel, original solutions to enable something that doesn't exist to come into being. There is creativity to be found in every area of life: from writing to visual art, engineering to creating apps, accountancy to solving global warming, running a business to caring for those in need. But too often people only think of artistic creativity. Having said that, I most enjoy applying creativity in as many areas possible to achieve an artistic aim.

Ad Age: What was the biggest challenge working on "Gravity"--and how did you overcome it?
Mr. Webber: Simulating zero gravity in an unreachable location in a movie with barely any cuts. How did we overcome it? Innovation, hard work and the fact that if we didn't we would be in big trouble!

Ad Age: Advice for anyone to get out of a creative rut?
Mr. Webber:  Realizing you are in a rut is a start. But don't underestimate the benefit of the work you do whilst you are stuck in it. Without that work, the flash of inspiration that will pop out of your subconscious mind at some point and get you out, wouldn't happen

Ad Age: Having done a realistic space travel film, what's the next challenge in VFX for Framestore?
Mr. Webber: Many things. We have just finished creating a charming, funny, accident-prone and occasionally stern, (darkest) Peruvian bear in Paddington – a VERY different challenge.

Ad Age: Is virtual reality the next big revolution for brands?
Mr. Webber: VR and AR are certainly very exciting areas that we are putting a lot of effort into and which are keeping us busy creating both new visuals and new ways to tell stories. I definitely think it has the potential to be the next big thing, but there is still a lot to discover on the road to understanding how best to use it, and we're determined to work that out.