The latter was under the patronage of Eric Hirshberg, the former Deutsch CCO who made the bold leap into the gaming world in 2010, taking on the role of CEO of Activision. Under his watch the videogame publisher's "Call of Duty" franchise broke gaming records, with "Black Ops" hitting the $1 billion sales mark in just over two weeks. Meanwhile, the more kid-friendly "Skylanders" boosted company sales while popularizing a gaming paradigm that merges digital content with real-world collectability--those looking to find the game's characters should probably skip the stores and head straight eBay. Much of this, can be credited to the creativity he's channeled into the C-suite, which you'll learn more about here, where we've asked the two 50 inductees to share what they learned from each other about the C-word.

72andSunny: What We Learned About Creativity from

Like most people in advertising, we believe in the power of creativity. We organize for it, we pursue it, we get high on it. It's one of the basic values that weaves our culture at 72andSunny together. Despite our already high belief in the power of creativity, seeing Eric transition from advertising CEO to "real" CEO has shown us that Creativity is even more powerful than we thought.

Eric has found a way to take the creative ethic he honed over 20 years, leading Deutsch LA from a 5 person outpost to a 400+ person office, and apply it strategically across an entire multi-national publicly traded company, in every conceivable function. Under Eric's leadership, Activision's culture, organizational structure, business model(s), priorities and products are all advanced by the application of his creative process: lateral thought, intense rigor, a quest for the most elegant solution, and nailing the details. 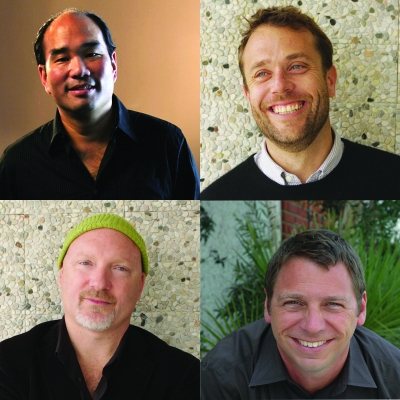 Does he impact the advertising? Of course. He is one of the world-class talents in our field and we benefit from his instincts all the time. But not surprisingly, he has also surrounded himself with an A+ marketing team starting with his selection of Tim Ellis as Activision's CMO. But more impressive is the fact that Eric hasn't stayed in his advertising comfort zone. We feel his influence equally in the culture he's creating at Activision and the inherent creativity of the products that they ask us to market.

In Activision's business, what may seem like small creative decisions can all have live-or-die sales consequences. So it takes relentless focus on every detail of the product and how it's delivered to bring winners to market. It's not uncommon to see Eric sketching ideas for everything from character designs to new products in between board meetings and earnings calls. You don't learn that in business school.

From pushing for "Pixar quality" characters and stories for Skylanders, to turning a fan event into a global social media phenomenon with Call of Duty XP, to making Activision's corporate values handbook an inspiring piece of writing and design, to figuring out how to turn the biggest content leak in video game history into a huge marketing win, we've seen his creativity touch all elements of the company, large and small.

When Bobby Kotick first hired Eric as Activision's CEO, Ad Age referred to the move as "The Eric Hirshberg Experiment," which in typical Hirshberg fashion, he chuckled at. He also embraced the implied challenge. The truth is, there aren't many Black Collar CEOs in the world, or big, tangible examples of how portable or scalable creative skill sets are between industries.

Having led the largest entertainment launch in history two years in a row via the Call of Duty franchise, and captaining one of the most successful and most innovative new product launches ever with Skylanders, the experiment seems to be paying off.

As some of Creativity's true believers, it's been electric to see how powerful creativity really is when it's in charge. It's currently making Eric popular with investors and zombie-lovers alike. Which may be his best and most creative result yet. --John Boiler, Glenn Cole, Matt Jarvis and Robert Nakata, Partners, 72andSunny

Find out what Eric Hirshberg has learned from 72andSunny here.