Creatives Around the World Pick Their Cannes Favorites 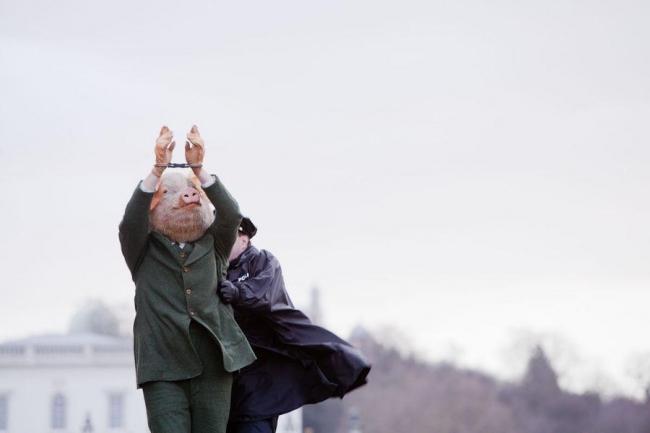 One of the popular big ideas at this year's Cannes Lions International Festival of Creativity is The Guardian's 'Three Little Pigs' exploration of "Open Journalism" but creatives are also drawn to a single outdoor ad in Tunisia that inspired a newly liberated country to vote by invoking an ousted dictator in "Return of Ben Ali." Four creatives -- from Europe, the Middle East and the U.S. Hispanic market -- talk about their favorite work, trends they see and where the ad industry has gone too far (case videos!). Tune in tomorrow for picks from creatives from Japan, Latin America and the U.S.

The Guardian's "Open Journalism" campaign "Three Little Pigs" by BBH is the one that really stood out this year. The whole creative department gathered around one Mac to watch it over and over. I really love the twist on the old story, delivered in a fresh, up-to-date-package. It's so relevant and integrates/mixes new media with a great execution. You will discover new things every time you watch it.

Favorites from your region:

Varier Brain Design: The relaunch of the popular Balans chair. They had kids design a limited-edition of chairs with their brainwaves.

Hormonecheck: A smartphone application to help you check the cosmetic and care products already on store shelves [for hormone-disrupting chemicals] before you buy them. Perfect use of crowdsourcing.

Don't make the case study bigger than the idea!

The idea "Help I've Cut Myself & I Want to Save a Life" for Help Remedies [via Droga5's Graham Douglas] is the kind of work that could win a Grand Prix. [The effort pairs adhesive bandages with a bone-marrow donor kit that only needs a drop of blood for the donor test.]

Giving awards to ideas with great presentation videos that were produced almost as if the video for the case were a TV spot, but [the case] would not make sense in real life with actual clients.

Does Cannes need all these new categories?

The addition I liked the most is the mobile category. Some of the most interesting work that I've seen lately is pertinent to this category, including the "Volvo in Every Car" app created by La Comunidad, Miami [that points out cool Volvo-invented features copied by other car brands].

Small and memorable activation ideas. Ikea's glove kit for its iPad catalog and Hellman's recipes on shopping receipts -- both were surprising. The Hospital for Sick Children's "Pain Squad" in the mobile category [which allowed kids to record their pain symptoms via a game].

For a Grand Prix, Kaiser Chiefs' "Bespoke Album" by Wieden & Kennedy, London, [which let users create -- and sell -- their own version of the band's new album, including designing the artwork]. ... It's a great example of how to build fan culture and relationships in a social world.

The rise of creative enterprise. What they call side projects have always been part of agency life, but interestingly we now see these personal projects become more mainstream with technology. ... Even more interesting, more of these ideas are supported by agencies and are becoming viable businesses.

With digital, less emphasis on reaching a gazillion fans and more on what we can do with them; less emphasis on which technology was used. Seriously, does the world really need another QR-code campaign?

The "Ben Ali" outdoor stunt from Tunisia, because it really does show how ideas can change the world. And I like Nike Run.

There's more and more storytelling in the work this year. And new media opportunities are opening up new ways for creatives to be more inventive. There's more of a shift to an earned-media model, where clients are investing more money into the production value of an idea, and in so doing are getting a greater return on investment with the viral power of their campaigns in social media.

I love Cannes. I just wish that juries would be neutral and unbiased, and realize they are building an inspiring show reel for the world to see. I would love to see less "award"-created work and more genuine big-brand work that has truly had an effect in the world.