READ THIS NEXT
How restaurant chains are duking it out to be the best in their categories
Tim Cawley
Credit:

Dissecting the creative process is something many have attempted --some successfully, others, not so much. Hill Holliday Creative Director/Writer Tim Cawley recently made his own contribution to the study of how great ideas are born with his documentary film, "From Nothing, Something," in which he invites us to become flies on the wall of a number of talents from a spectrum of disciplines, including author/screenwriter Tom Perrotta ("Little Children," "Election"), chefs Mary Sue Milliken and Susan Feniger, comedian Maria Bamford--who the ad industry may also know as Target's Crazy Christmas Lady, Pulitzer-awared editorial cartoonist Steve Breen, Hollywood monster maker Neville Page ("Avatar," "Prometheus") and indie game designer Jason Rohrer.

Cawley directed the film but also collaborated with a number of talents from the advertising colleagues, including Hill Holliday producers Jim Buckley and Lisa Belden, editor Kat Baker, Geoff McAuliffe of Brickyard VFX, Element Productions, and photographer Michael Schrom, with whom he'd work with on campaigns for Dunkin' Donuts. The documentary continues to make the rounds at festivals, including this Friday at the New Orleans filmfest and next week in New York at the Architecture & Design Film Festival at Tribeca Cinemas.

Cawley shared with Creativity the story behind "From Nothing, Something," its (surprising) repercussions on his day job and insights about the creative process that he discovered from the passion project.

It seems like there are so many resources and books about creativity these days--what inspired you to make this film?

Most arts/culture documentaries are biopics--one person's perspective. But I wanted this to be bigger, maybe not in budget and scope, but ambition. I wanted to find the universal truths of how things get made. I didn't want to find out what made one person's struggles unique. I wanted to find out what lots of different people's struggles had in common. I felt this would be more broadly applicable, more populist. Also, lots of movies have axe murders. But not every axe murderer movie is "The Shining." Lots of movies have sex scenes. But not every movie is "Boogie Nights." I'm not saying our film is some staggering work of genius, but you want to do something from your own unique perspective, even if it has elements familiar to other films. 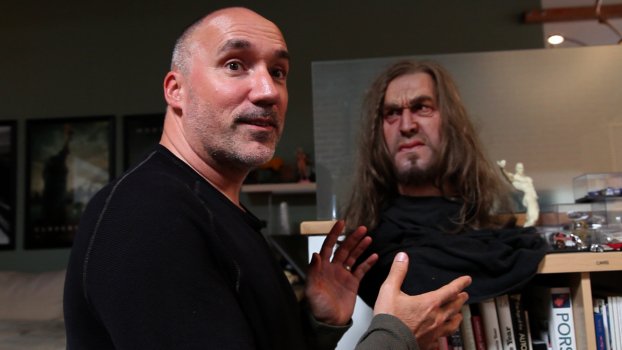 How long in the making was it? How did you juggle this with your day job?

To this point, it's been about four years since producer Lisa Belden and I had that first lunch and asked ourselves "Is this even possible?" But we're still noodling. That's the beauty of playing festivals - there's still time until it's "official." Brickyard/Boston is working on final color as we speak. We had legal tweaks. We watched it with several large festival audiences and wanted to adjust a few sequences to make them tighter. But I think, as of next week or so, we're finally done.

As for managing this double life: I work on the film at night, before work, weekends, holidays--wherever I can steal an hour or two or six. I'm just unnaturally driven on this project. My editor, Kat Baker and I edited after work till about midnight once or twice a week, every week, for about two years. We shot 19 hour days in L.A., carrying our own gear, driving ourselves, living on mini candy bars and Diet Cokes. My production company is called Five2Nine Films, as in "the 9-to-5 workday is done and now…"

But a funny thing happened with my ad life as I worked on the film. It took some of my "tortured artist" ad guy tendencies and gave them an outlet. I was making things I loved that were totally uncompromised. I was really energized by that. And my advertising work actually got better. I was in Chef Mary Sue Milliken's living room in L.A. when I got the call that we won the MLB pitch. It was one of the happiest creative moments of my life. This year, my group at Hill Holliday had a clean sweep, getting into One Show, CA, and Cannes, where we even won a Bronze Lion. That's a first for me. Perhaps the film project was born of a little "ad guy frustration," but now I'm completely inspired and pscyhed to be a creative person.

Do you have aspirations to move behind the camera fulltime?

I directed two short films before this, "Well-Founded Concerns" and "Big Day of Fishing," mostly with my advertising friends. The films got into some nice festivals around the world and I was really intrigued with that scene. But it had always been a dream of mine to make a feature film. That's #1 on the Cawley Bucket List. I thought "While I'm young and crazy enough to think I can pull it off, I'm gonna assemble a really talented and scrappy team and just start shooting." I blocked out all the business and logistical realities and just went into production. It was a good plan, too. Because before long, I was in so deep, the only way out was through. I had to finish it.

As for aspirations, I think the advertising world is moving in this direction where you hear a ton of chatter about "content." Which, to me, can be anything: films, advertising, stunts, songs, documentary, narrative, whatever. My ambition is to be a more skilled "maker of things." Directing is a skill I'm learning. I see a future where you're not a creative director or a filmmaker - you're both simultaneously. They're intertwined. That's the dream. 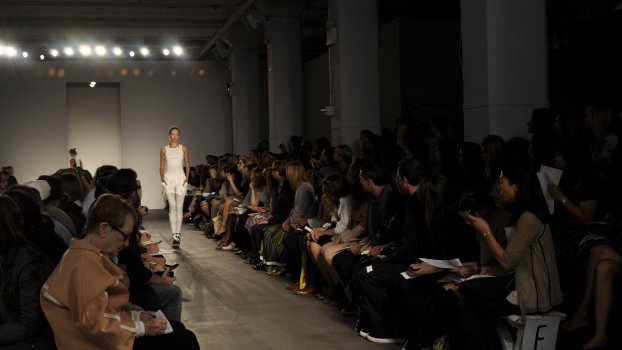 On the runway with Ohne Titel

Can you tell us about your choice of subjects? Did you get all your dream interviews? Was there a discipline you would have liked to have included, but didn't? I made a draft board--it's still hidden behind a wall of foam core in my office. I wanted a broad range of disciplines, with minimal overlap. (i.e. Once I had my Editorial Cartoonist, I stopped looking for Comic Book Artists.) People had to be close to the product, hands-on makers of stuff. I didn't want the person whose name was on the label, who was just a figurehead. In advertising it happens all the time--someone who had nothing to do with creating a project takes credit for it. I wanted to avoid that. That's why I picked the Video Game Designer who makes these scrappy, low budget gems by himself. At the giant video game companies, the teams are too enormous. It'd be too hard to tell who was "the guy."

Of course, I wanted to get the biggest names I could get, but I also wanted to be realistic. I needed to spend a day with these people. I wanted to be in their workspace and follow them around. If I shot too high, I might not get the access required. I got a several no's, but I was never freaked out or discouraged. As long as the mix was equitable between the different disciplines, I felt we could put together the parts for a great cast. Tom Perrotta is my all-time favorite author, plus he's an Oscar-nominated screenwriter who lives about a half hour from me. He was a #1 pick. When he said yes, I was thrilled. He came to the premiere and I got to drink a beer with him. He complimented me on the film--this from the guy who wrote "Little Children"--one of my all-time favorite films. That was a highlight. 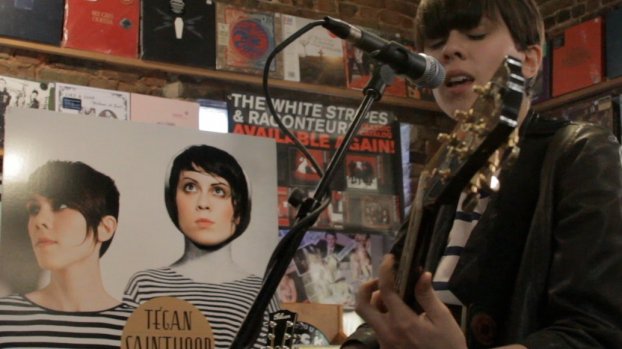 I'm a major Tegan & Sara fan, and I wanted some strong female interviews in the film. So Sara Quin was my #1 songwriter pick. When she posted a link to the trailer on her Facebook page, we got 2,000 views in a weekend. Steve Breen is an editorial cartoonist with two Pulitzers. He was an absolute first pick. I'm not a foodie at all, but a friend suggested adding a chef. I asked my sister-in-law who watches all those cooking channels who she liked. That led us to Mary Sue Milliken and Susan Feniger from Too Hot Tamales. I'm a slob who can't dress worth a damn. But I loved meeting the Ohne Titel fashion designers and found them really forthcoming and down-to-earth (though being backstage at Fashion Week was pretty intimidating. I was a major wallflower). Overall, the experience was like Creative Guy Fantasy Camp. The only discipline we didn't get was Magician. The logistics of getting everyone to Vegas to interview one of the top guys were too daunting. Plus, filming the acts would've been a legal/clearance nightmare.

From making this film, what was your biggest takeaway about the creative process?

The thing that struck me was how workmanlike everyone was. Even for the jobs that seem fancier or more high-falutin like architecture or fashion or classical composing. The work spaces were generally humble. There was no hand-wringing about having to deliver some awe-inspiring masterpiece. The secret seems to be about locking on to an idea that you're passionate about - so passionate that you're willing to do what it takes to execute at a very high level. Let curiosity take over. Be instinctive. Block out the negativity and realize that even the most genius ideas aren't for everyone. Please yourself. Don't be overly calculating. Avoid competitive jealousy as a motivator. Collaborate and trust your team. Maintain perspective. Do the work necessary. Um…holy spoiler alert! That's pretty much the whole movie.

What's next on your plate? Do you have another passion project in the works?

I promisedpromisedpromised myself I'd chill out and just enjoy the ride for a while. Go to festivals. Take in people's reaction to the film. So far I've been sticking to that. But the voices in my head are definitely murmuring. A low-budget fiction feature would be definitely fun, though. Maybe something with an axe murderer…