Campaign by the Mondelez-owned brand has attracted both praise and homophobic trolling
READ THIS NEXT
What makes an ad iconic? 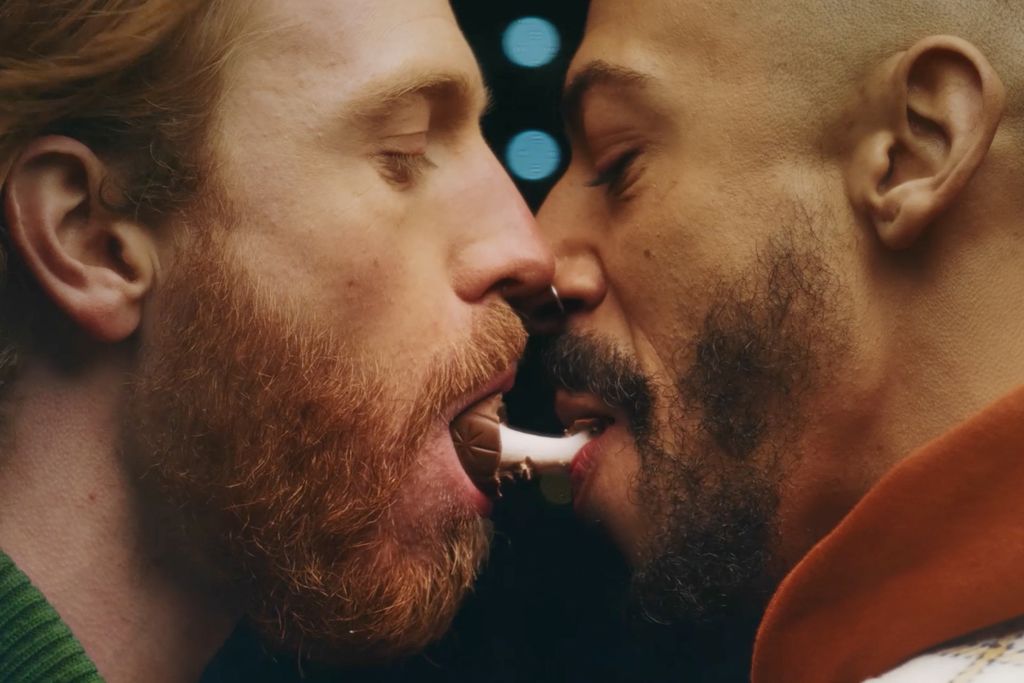 Mondelez-owned Cadbury has defended a new U.K. campaign for its Cadbury Creme Egg, in which a gay couple passes a Creme Egg from mouth to mouth, after the spot attracted both celebrity praise and homophobic trolling on social media.

The campaign was created by agency Elvis to mark the 50th anniversary of the Cadbury Creme Egg, or "Golden Goo-bilee" (as in "jubilee," get it?) as it dubs it, and celebrates all the different ways people eat them, including licking, dipping, cooking with them, and sharing them. It launched on Jan 4, and is particularly targeted at 16-34 year olds, with the wider campaign including Mondelez U.K.'s debut on TikTok.

In one scene, two men (played by a real-life couple) twirl around together and then pass a Creme Egg between their mouths as the voiceover says: "Sharers? We are down with that." The scene sparked some homophobic commentary: for example one person tweeted: "Showing two men passionately enjoying a Cream egg that Children love to eat will only confuse children at such a young age. Why??"

However, other Twitters users, including celebrities, stepped in to defend the ad. Broadcaster Scott Bryan, for example, posted: "To anyone "offended" by this: you realize that we've seen straight couple make out thousands of times on television already and we don't complain. wonder why you are?"

Many humorously pointed out that advertising has often sexualized chocolate—for example, comedian Sue Perkins tweeted: "I spent my childhood watching a woman in a bathtub fellating a Flake" while another user pointed out: "People losing their minds over two men kissing over a creme egg but have no problem with a woman cheating on her husband with an M&M?" There were also references to the Cadbury's Milk Tray ads, where a man repeatedly breaks into women's houses to leave them chocolate.

Others quipped that the only thing wrong with the ad was the idea of sharing a Creme Egg. "I’m DISGUSTED by this. I would NEVER share a Creme Egg with my husband," posted one man.

In a statement emailed to Ad Age, Cadbury said: "Cadbury has always been a progressive brand that spreads a message of inclusion, whether it is through its products or brand campaigns. We are proud of our Golden Goobilee advert which celebrates the many ways that everyone can enjoy a Cadbury Creme Egg. To illustrate this and showcase the joy our products bring, a clip of a real life couple sharing a Cadbury Creme Egg was included in the advert."

And, on the subject of whether the ad was safe and hygienic in COVID-era Britain, Cadbury responded: "The actors featured in the film were from the same household, so they were egg-static to share a delicious Cadbury Creme Egg together! We also ensured that social distancing and stringent hygiene measures were taken when shooting the new advert."