A new piece from the Glue Society offers New Yorkers attending the Pulse art fair a mix of distinct sights, common, and not-so-common around the city.

The everyday? A pigeon, and maybe a defecating tramp. The rare? The pigeon is a 15-foot-high statue, with the tiny bum perched atop its head, trousers down.

The pigeon is composed of foam covered in epoxy, and the base is plywood covered in aqua-resin and sand. The man on top, done down to the detail of a cigarette dangling from his fingers, is made of silicon, with wool hair.

"People are immediately drawn to it, and they laugh, but it's beautiful," said Glue Society representative Marin Preske.

Glue co-founder Gary Freedman had this to say about the work: "James Dive (one of the guys at the Glue Society in Sydney) had the original idea some time ago. In his words it is 'a comment on social strata and ignorance.' We made it in New York specially for Pulse."

This is Glue's first time at Pulse, New York, but its previous works have shown at the Miami festival, including satellite images of biblical scenes in "God's Eye View" in 2007 and modern-day detritus encased in amber at last year's event. Most recently, on the advertising front, they attached 10,000 scratch-off lottery tickets to a billboard as a prize for an outdoor awards contest. 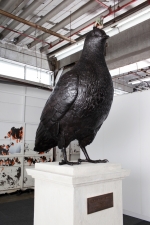 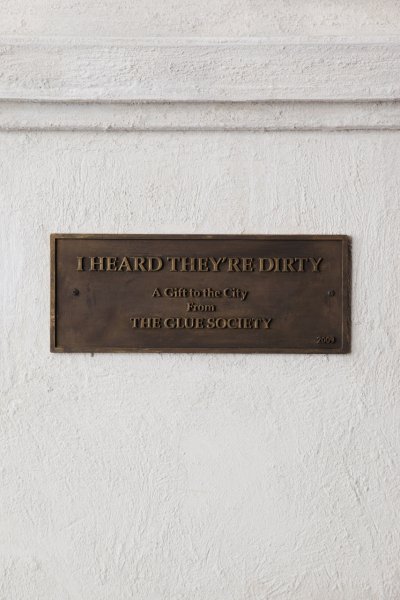 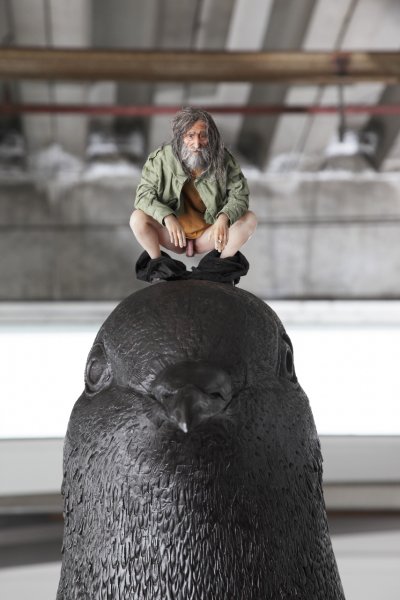 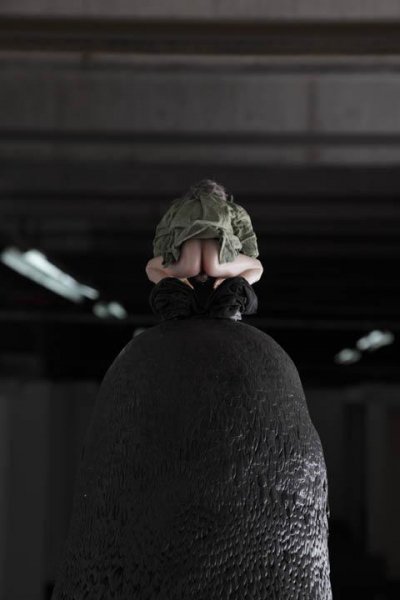