Guns on the Riviera. And a new brief: Vote! | Ad Age
Skip to main content 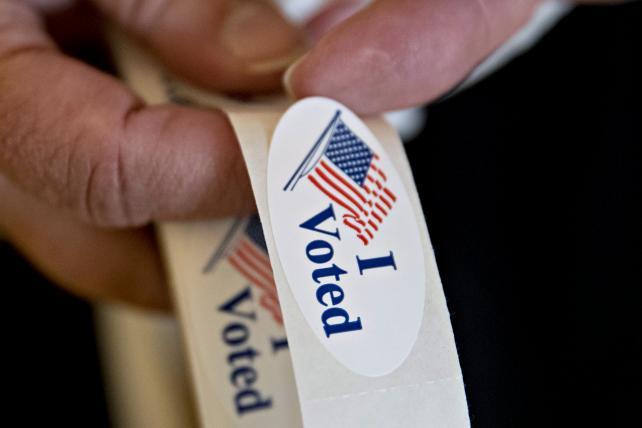 "You could have been getting wasted, but you're here."

That was Quantcast Chief Marketing Officer Steven Wolfe Pereira last month, welcoming 40-plus top global creatives and marketers who'd stepped away from schmoozing and imbibing at the Cannes Lions International Festival of Creativity to crowd a windowless conference room and talk about guns.

Their challenge, issued by Ad Age and the Gun Safety Alliance, was to reduce senseless gun deaths and injuries in the United States.

"We're trying to approach a very divisive issue and make it not divisive," said Carolyn Everson, Facebook VP of global marketing solutions and a founder of the Gun Safety Alliance, a coalition of business leaders, who have banded together as individuals not representatives of their companies.

"While some of you may disagree, we have stated we are in support of the Second Amendment," Everson told the room. "It's a very polarizing issue, but it's not either-or. There's actually a very compelling middle ground: Give people a right to the Second Amendment, but be smart about gun safety. We're trying to bring people together and do what we can to make our country safer for the next generation."

In Cannes, that effort meant two briefs: one to promote gun safety in the home, and the other to register voters, especially young ones, and get them to turn out—with gun safety issues in mind.

Some of the ideas for home gun safety included working with insurance companies to give credits to homes certified as "gun safe," partnering with security companies to provide free alarm systems for households that give up their firearms, and using the Internet of Things to enable families and neighborhoods to create a network to help determine whether guns are in certain homes and confirm that they're safely locked away.

The voting brief yielded pitches to create badges and celebratory events around the act of voting, and incentives for those who get to the polls, like access to concerts, exclusive sneakers or even free condoms.

One idea aimed to make registering young voters as simple as buying dorm supplies at Bed, Bath & Beyond by incorporating it into the back-to-school shopping process. Another proposed getting ideas from young people themselves by asking ad schools to make the registration brief an official part of their curricula.

Cannes wasn't the first time Ad Age has worked with the Gun Safety Alliance. The organization was co-founded by Wolfe Pereira, Everson, JPMorgan Chase CMO Kristin Lemkau and Blackbird CEO Ross Martin after the mass shooting last October in Las Vegas. Since then, it has worked with the students of Marjory Stoneman Douglas High School in Parkland, Florida, and companies and organizations—including Ad Age and the Ad Council—to come up with gun safety solutions.

Ahead of the March for Our Lives this past spring, Ad Age and the alliance teamed up on a poster and billboard campaign to amplify the message of Parkland students and their supporters.

We're putting a spin on the Cannes brief to get young people voting and thinking about gun issues.

With schools on summer break, we're asking ad students and young creatives to come up with ideas on how to incentivize their peers to register in time for the midterm elections, while keeping them informed of the gun safety issues at stake.

We'll feature some of the best ideas in September and work with the Gun Safety Alliance to help make at least one of them become reality. Send your submissions to Ad Age Creativity Editor Ann-Christine Diaz at [email protected]