KesselsKramer Opens in the U.S.

Amsterdam-headquartered KesselsKramer is moving stateside, with a new agency outpost opening up in Los Angeles.

The new agency will be known as KK L.A., and its founding members are Creative Director/Partner David Charles, who has previously worked as a CD and writer at 72andSunny, AKQA and Butler, Shine, Stern & Partners; President/Partner Eric Barrett, founder and former executive producer of Mirror Films and Partner/Head of Integrated Production Robert Fagan, a founding member of production house/agency 42Entertainment, known for its celebrated ARG efforts like Halo's "I Love Bees" and Warner Brothers' "Why So Serious" for The Dark Knight film.

Mr. Charles decided to approach KesselsKramer with the idea for a U.S. outpost after admiring the agency's work from afar for "decades," he said. "I'd been trying to observe this convergence of entertainment and advertising." A friend connected him with Mr. Fagan after he left 72andSunny in mid-2011. After Mr. Fagan and Mr. Charles talked for about a year, they decided to reach out to Kessels Kramer, and creative director and partner of KK International, Dave Bell. "We liked that they had this interdisciplinary approach, of doing films and documentaries and art shows and product design all at once," said Mr. Charles. "That's what we wanted to do." 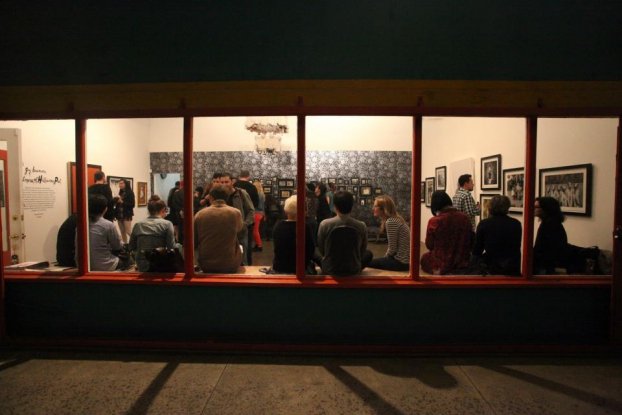 The Gallery at KK L.A.

On the part of KesselsKramer, Mr. Bell said the "U.S. has always been part of the [agency's] horizon," with some of its biggest clients, Diageo and Red Stripe already with robust parts of their businesses here. "We wanted three agencies that could feed off each other."

Founded in Amsterdam in 1996 by Erik Kessels and Johan Kramer, the agency already has two outfits in Europe, including London office KK Outlet, which opened in 2008. Founding partner Mr. Kessels remains a creative director in Amsterdam, while Mr. Kramer quit a few years ago to direct. He has done no work with his old agency, a result of just "never finding the right opportunity," said Mr. Bell.

Combined, the three outposts will have 70 staffers. In L.A., the shop will focus on advertising, original branded content and like London, will have a "KK Gallery" that will act as a creative outlet for artists to show off their work. 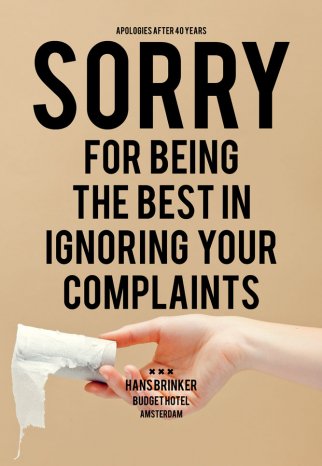 KK L.A. clients at launch include a yet-to-be announced Diageo brand, Ubisoft's "Tom Clancy Splinter Cell: Blacklist" game, and the Museum of Contemporary Art's MOCAtv, an online art channel on YouTube. The idea is to approach these clients to help them cross over into media they're new to-- like MOCA moving into online content--or help them expand to audiences they haven't been exposed to, as in the case of Ubisoft's brief. "There are people in the creative community who know KesselsKramer but people in the client community don't," said Mr. Bell. The idea is to strengthen that client offering out in L.A.

The agency is perhaps best known for its unusual efforts for budget hotel Hans Brinker, positioning it as the Worst Hotel in the World. Follow-up ads for the long-running campaign created out of Amsterdam "apologized" for the years of terrible service. It has also has a publishing arm that has produced titles close to its own heart, like "2 Kilo of KesselsKramer" a collection of the agency's work, as well as "The Worst Hotel in the World," which rounds up the shop's Hans Brinker campaigns, and "Advertising for People Who Don't Like Advertising," a creative handbook, of sorts, from an agency that dislikes advertising just about as much as everyone else.

Even the agency's main website, for KesselsKramer in Amsterdam, is quirky -- it changes every time you visit it, from a purveyor of gospel jewelry, to a collection of unexplained "UFO sightings." That irreverent attitude is also reflected in the agency's unique spaces. In Amsterdam, the shop is located in a church, while in London, it's in a shop/gallery space. In L.A., the agency will open up in the city's Chinatown district, in the space of a former communist bookstore.