Before announcing the winners of Ad Age's Small Agency Awards, Advertising Age held its second Small Agency conference, a confab held especially for agencies with 150 employees or fewer, in Denver. Much of the talk centered around challenges and opportunities that small agencies face, but organizations of any size can relate. Here is some of what we learned.

Be simple, said Chobani founder Hamdi Ulukaya. He urged audience members to look at their businesses and assess whether it's too complicated, or has too many layers. "Yogurt is simple," he said, adding that Chobani's plan is, "let's keep our company simple but open. We are going to say we don't know everything, but we will do what we can to make it work." He added that keeping the conversation with customers open is crucial. Early on, he knew consumers would take his company to the next level, and he still spends time responding to customer feedback. The company now ships about 1.2 million cases of yogurt per week.

Data isn't king, suggested Mr. Ulukaya during his talk. "It if shows up in research it's already too late," he said. If marketers are reviewing research and data, whether for new products, services or marketing, that means someone else has tested and proven a theory -- "they beat you to it." He advised the audience, "Go with your gut, trust your feelings in business."

It may be a tough time for the country, but on a global scale, America still has clout. "Overall, people still respect what goes on in this country," said Al Moffatt, president-CEO of Worldwide Partners, a network of independent agencies. He added that in terms of ad markets, the U.S. is still the largest, and other markets, such as Europe, Latin America and even in Asia -- where they are often more technologically advanced -- advertising folks tend to look at the U.S. as an opinion leader. 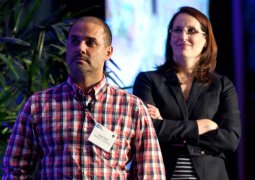 Clients will look to agencies to have expertise in social-media best practices, said Linda Goldstein, partner and chair of advertising, marketing, media and entertainment at law firm Manatt, Phelps & Phillips. Agencies need to make sure they have solid social-media practices in place for bloggers and endorsers they may use for clients, as well as for agency employees. Employees need to know who is authorized to speak on behalf of the agency or about the agency. And when it comes to celebrity endorsements, agencies and clients need to make sure there are provisions in the contracts that give them the ability to terminate the contract if a celebrity endorser says something offensive.

And if a blogger, endorser, or even an employee does say something off-kilter in social media, don't necessarily apologize before you have all the facts in place, said Ms. Goldstein. A mea culpa can wait, but if you do it prematurely it will never go away -- social media lives forever.

Challenger brands can't be afraid to stir the pot

From a challenger perspective, don't be afraid to start trouble, said Caralene Robinson, brand and marketing director of Boost Mobile. She added that chatter about the brand was key. "We needed to get people talking. A good comment or a bad comment is still a comment," said Ms. Robinson, of the company's aggressive marketing push to differentiate itself in the prepaid wireless marketplace. "If you're going to challenge the marketplace you need to be prepared for a competitive reaction." 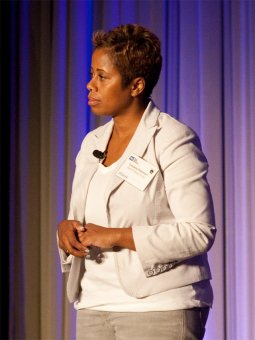 Agencies need to differentiate themselves from the pack

When it comes to agencies promoting and differentiating themselves, "we are the worst marketers of ourselves," said Tom Denari of Young & Laramore during a panel discussion. Because the agency world is so saturated, agencies need to come up with ways to stand out from the one another. Jennifer Modarelli, owner and principal of White Horse, said that her agency had to move out of specific disciplines that weren't going to be part of the agency's formula moving forward. Curt Hanke, co-founder and account director at Shine, said that an agency's brand personality creates a distinction that differentiates brands from competitors.

The client-agency relationship is critical

Seems obvious, but Stephanie Retcho, VP-brand marketing of Kayak cited a frightening stat: 50% of client-agency relationships last less than two years. Kayak itself has a unique business model, and along with that, unusual tactics. Ms. Retcho said that at Kayak, no meeting lasts over 20 or 30 minutes, and it does not issue RFPs. Of the company's relationship with its agency, Gerry Graf's BFG9000, Ms. Retcho said she may not like all of BFGs ideas, but she trusts Mr. Graf's expertise enough to see where things go.

Think bigger than you are

Even small agencies should have a grand vision. Rob Reilly, worldwide chief creative officer at CP&B, said that part of the original philosophy of CP&B was to not just be a regional agency, not just a local Florida shop. "Delusional positivity" is part of the fabric of CP&B. "We believe anything is possible," he said.