The company's arrival coincides with the recent debut of its VR-projects at the Sundance Film Festival, including Mr. Milk's "Evolution of Verse," a 3-D, photo-realistic CGI film included in the festival's "New Frontier" exhibition, and "Vice News VR: Millions March." The Vice film, directed by Mr. Milk and Spike Jonze, takes viewers deep into the December 2014 protests in New York City against police brutality. In partnership with the UN at the World Economic Forum in Davos, VRSE also produced "Clouds Over Sidra." The documentary, directed by Mr. Milk and Gabo Arora, follows a twelve-year-old in the Za-atari camp in Jordan, home to 84,000 Syrian refugees.

These experiences can be viewed through the company's new VRSE app. Available on iTunes and Google Play, it allows viewers to experience the films through the low-cost Google Cardboard set-up, or on most late-model smartphones in non-VR mode. The app will ultimately work with other VR headsets, including Facebook's Oculus Rift.

Still from 'Clouds Over Sida'

Mr. Milk has been experimenting with storytelling in the VR space for a few years. He said that two years ago, when he created the Lincoln concert experience featuring Beck, a 360-degree interactive concert experience, he originally imagined it for the VR space. Today, however, the technology has advanced far enough that it makes sense to create a company to support and help carve out this new kind of storytelling.

"This is a totally new medium," he said. "There's no language for the stortelling yet at all, but everything's so accelerated right now. It's not like the beginning of cinema when it took decades to figure out feature film."

To help forge the new medium, VRSE Works has assembled a list of top directors, tech-focused storytellers and producers.

Dougal Wilson, for example, is the U.K.-based director known for his buzz-making holiday ads for John Lewis, Keith Schofield is behind groundbreaking music videos for Justice and Diesel, while Marco Brambilla is known for his art-driven works, including Kanye West's music video "Power."

"I wanted to create a think tank of similarly-minded people who are great at storytelling in the existing formats, whether it be music videos, commercial, shorts or immersive theater, and bring them together under one roof and explore collectively what we can make in this medium," said Mr. Milk, who remains repped for commercial production/special projects out of Radical Media.

Mr. Milling-Smith and Mr. Carmody are best known in the industry as founders of top production shop Smuggler, behind campaigns for Newcastle, Jaguar, Axe, Burger King, Volvo, Puma and more. VRSE Works is not affiliated with the shop. The company has also signed Oculus VR technical producer Joseph Chen, who will serve as executive technical director as of February 1. 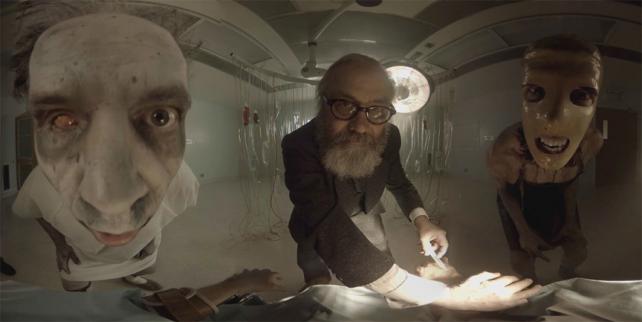 "I think we're at the place now where consumers are definitely ready for this kind of storytelling," said Mr. Milling-Smith. "Up until this point, it's been all about the technologists. What we're trying to do is bring real artists and filmmakers and a sense of story and marry that with the technology."

The company will work with agencies and direct-to-client on branded projects. Currently, VRSE Works is in production on "Catatonic," which straps the audience into a wheelchair and throws them into a trippy insane asylum horror experience, directed by Guy Shelmerdine. Director Andrew Thomas Huang is collaborating with Bjork on "Stone Milker," set to launch as part of the musician's 2015 retrospective at the Museum of Modern Art.