Scam Ad Crackdown: Are the Awards Shows Wussing Out?

The Cannes Lions Advertising Festival and the Art Directors Club today released policies to deal with scam ads?work submitted to the shows without client approval or that only ran once in little-seen paid media outlets. Outlining how it will handle offenders, Cannes stated it will only ban the individual creatives responsible for the faked work from entering work in the future, not their agencies.

"We believe that banning agencies from entering on a wholesale basis is unfair on blameless individuals," the Cannes statement said. "There are many people who work in agencies who may not be involved with an erroneous entry and therefore should not be penalized." From there, the length of the ban will be determined on a case by case basis. Emails to determine just exactly how this statement differs from Cannes' previous submission policy were not returned.

The Cannes policy takes a decidedly softer position than that of One Show, which implemented new rules in September after DDB Brazil's incendiary depictions of the 9/11 attacks in its "Tsunami" ads caused public backlash. The print ad has received a One Show merit award that has seen been rescinded. (It's important to note that One Show and the British awards show D&AD are non-profit operations, while Cannes is not.)

One Show's harsher stance means a five year ban for agencies submitting ads made for fake clients, without client approval or ads that have only run once or during late-night TV. And for all instances of fakery, the responsible creative will be banned for five years, too.

The Art Directors Club scam ad policy does not include bans at all; it will only trumpet fake work to the other top shows, especially since its awards come early in the season. With entries often submitted to multiple show, the ADC will simply let the Andy, Cannes, Clio, D&AD, One Show and Webby awards know when it's found a fake.

"The decision was that we will disqualify the work," said ADC chief executive Ami Brophy, adding the show hasn't made a statement of this type before, but thought one necessary after recent controversies sparked by the likes "Tsunami." "With regards to banning, our decision is rather to promote the behavior we'd like to see. Our approach is to stand together with the other shows and we will do our best to search scam ads out." The ADC's statement also pointed to its "Playground" category, launched four years ago as the place for non client-approved ads. Ms. Brophy also notes that the ADC rules resemble D&AD's "name and shame" policy.

DDB is hoping to root out scams even before they get to the awards juries. DDB Worldwide chairman Bob Scarpelli re-circulated the network's ethics code and outlined that the multi-office creative council will redouble its scrutiny of awards submissions, according to people familiar with the matter. The review process will include more thorough and brand new screening methods for entries. 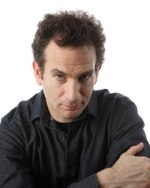 David Lubars, BBDO North America chief creative and chair of the Cannes press and film juries, thinks even the strictest new rules are necessary. "It's the right thing to do," he said. "I think it'll be a successful deterrent. A lot of times scam ads are obvious, but for when it's not clear, these are good guidelines for jury members."

Conversely, Lars Bastholm, Ogilvy's chief digital officer and the 2009 cyber jury chair at Cannes, finds One Show's penalties too steep. "Five years banned for the ECD in question?" he said. "That could be the end of a career. You'd have a hard time getting an agency to hire you after that." Though, he does think the next scammer caught under these new guidelines will send a message to the creative community. "If someone somewhere submits a fake ad and it gets out, the repercussions will become clear," he said. "That's when people will get it."

Since careers can be made and now potentially lost as a result of awards, Rob Reilly, partner and ECD at Crispin, Porter + Bogusky and ADC's hybrid award chair for 2010, finds the shows' definition of "scam ad" too loose. "We need one sharply defined way to categorize fake work across all shows," he said. 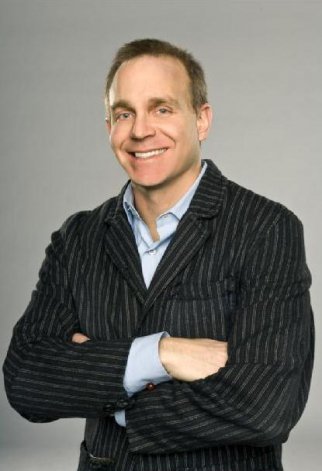 "There isn't enough we can do to stop scam ads," Reilly said. "But what needs to happen is to determine what qualifies as a scam ad." Reilly points specifically to ads that only run once, which is an often used tactic for making ads created specifically for awards consideration eligible for entry. While the One Show has identified a scam as an "ad that has run once, on late-night TV, or only because the agency produced a single ad and paid to run it itself," other scam ad policies have not been as clear. Cannes, on the other hand, acknowledges in its statement that "there are many definitions of 'scam,' and the issue is rarely black and white." It simply specifies clients must pay for media for ads to be eligible.

"But what about virals, ads that you put up on YouTube to see if they generate interest?" Reilly adds.

Last month, during the Spikes Asia Festival in Singapore, Cannes Lions Chairman Terry Savage could not conceal his concern about the decision by One Show, and was openly seeking input from the top regional and global creative execs about where the Cannes Lions should draw the line for its three festivals--Cannes Lions, Spikes Asia and the Dubai Lynx award for the Middle East.

While Mr. Savage is opposed to scam ads, he also said he was wary of banning whole agencies from entering awards because of the misdeeds of a few bad apples. "There are a lot of good people out there who shouldn't suffer because of someone else's mistake."

Ironically, Singapore, the setting for the Spikes event, of which Cannes became a co-organizer this year, has had one of the world's worst reputations for producing scam work for over a decade ? a sad fact that has helped build the reputation of some of the world's top creatives today.

The Dubai Lynx also suffered a major scandal this year when the Agency of the Year had to return its awards after bloggers uncovered that most of them had been won for scam ads.