BMW-owned Mini is celebrating its customers with an outdoor campaign that aims to bring the Mini-owning community together with a campaign by Iris.

As they pass digital screens along one of London's main roads, Mini drivers find simple, fun content aimed directly at them. Messages such as "Hey Cream Mini, what's your secret?" and ""Hello blue Mini driver" flash up on giant screens, thanks to software that recognizes the Minis as they drive by. There is also a team of "spotters" who had to pass a test to prove they could see and name a make of a MINI from 50 paces.

At gas stations along the way, Mini drivers are offered treats -- bacon sandwiches or smoothies in the morning and a tank of fuel or bunch of flowers on the journey home. Drivers can also choose to have their photo taken and displayed with a bespoke message as they approach the digital poster sites. The push is part of Mini's "Not Normal" campaign, which celebrates the individuality of Mini drivers. 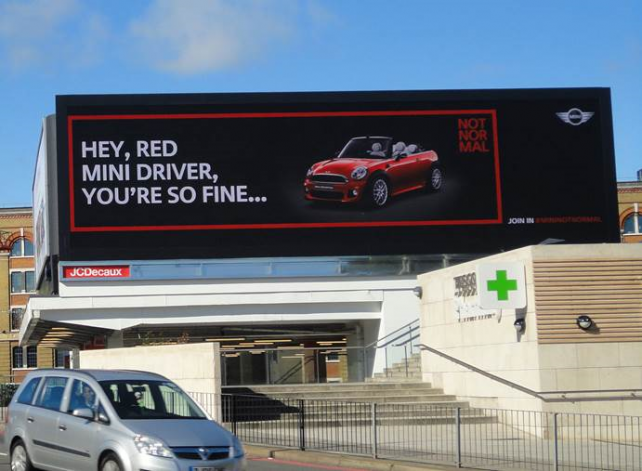