Jennifer Golub
Director of Broadcast and Content Production at Cutwater, San Francisco
I am looking for a director with a singular vision who distills and refines our concept with strategic and creative purpose, someone who is fully committed to the project and thoughtfully partners with the agency and client throughout the process of realization and invention, someone who really owns their shit. That's what makes a director great. Among others but notably David Fincher, Spike Jonze, Michel Gondry, Frank Budgeon, Mark Romanek... Pytka, Acord, Murro & Benzo do this. It is not a question of budget. It is not just shooting a job, but taking pride and ownership of the object in its entirety.

What I am looking for has not really changed over the years, but I have changed. I think I am better at articulating the agency and client concerns and discerning among the treatments, feedback and approach where the authentic commitment lives. I take that responsibility to heart.

A tremendous amount of talent goes into the development of a concept. Beginning with research and throughout strategic and creative development, the process is thoughtful and extensive. By the time a concept is approved both the client and agency are deeply invested. The translation of a concept from paper to film is very fragile. When production is invited in it is critical that the essence of the idea is protected and preserved throughout the execution as it exposed to many departments, crafts and voices. The tone, the pace, light, music.., any one of these decisions sways the piece one way or another. When the director personally embodies the vision, like a small flame, he/she helps to ensure the delicacy of the vision as we collectively filter though the innumerable choices that inform and ultimately compose a piece of work.

Richard O'Neill
Head of Broadcast Production, TBWA/Chiat/Day, Los Angeles
Over the last thirty years, I've gone from 7 ? to an expanded 8 ? things I recommend in choosing a director.

1. Publications have list upon list of the top directors. Look up the top nine in-vogue directors. Review these top nine with the creatives. The creatives will now believe in you.
2. When you discover none of the top directors are available for your shoot next week, scan the databases of the 100,000+ directors for alternate choices. Narrow the list by choosing directors with names starting with letters T through Z. Names that start with the letters T through Z look better.
3. Flip through publications noting ads and articles on
directors (especially this publication). Your creatives will have read the same articles or seen the ads from which you've recommended directors, so again they will be impressed that you are on top of it.
4. Ask the creatives if they have any suggestions. If they pick directors with names starting with letters through Z you're in luck, having already pulled those.
5. Pick director reels from your shelf that have red, green, yellow or other bright colors on them. Save the black and white ones for the next job and rotate job to job.
6. By now, every rep in the world is calling you. There are about 99,850 directors available to shoot next week. Block your calls and pull director reels with non-personal concept names such as TearZebra since that sounds more impressive than John, David, Mary, etc.
7. Recommend a director from Asia who did a very obscure film. It's time to again impress creatives with your vast knowledge of directorial talent.
8. By now, the creatives are saying that they can direct. You're about to start the career of another director.
8.5 Find a great editor. 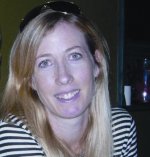 Brigette Whisnant
Director of Film and Digital Production, Energy BBDO
Obviously, the most important thing is the enthusiasm and acceptance for the concept that we're presenting. In general, you look for a director that understands storytelling first and foremost. Once you have a concept, we look for somebody who's going to be fully engaged and that's probably most [important] besides being creative and getting the concept, someone that's going to be collaborative, be a partner, push the creative, challenge us and make it as creative as can be.

I think what [digital] has done is it has probably opened up the field a lot more. We're less beholden to going with traditional commercial directors and being able to engage with audiences of all sorts for whatever is right for the project. Certainly, I'm looking more into all aspects, whether it's music video directors, short film directors, feature-length film directors or artists. Pulling in the fresh talent, even is they haven't lived in the traditional advertising paradigm, just adds something to it.

In terms of the digital world, it's much more financially challenged than we have been in traditional commercial advertising. But that also pushes us to find other alternatives and be experimental or try somebody new because we have to. That's what's amazing? it doesn't have to be this traditional filmmaker anymore. It can be anybody who's an artist, creative or has an idea. When I was at Fallon, a young kid who came in there and started as an assistant became proficient in [Adobe] After Effects in his own time, and the next think you knew, he was doing all of logo and graphics work and animation. He learned that on the job and the environment has almost demanded that because of the financial [issues], timing and resources. Sometimes, we want a test to sell an idea, so sometimes we've had to start with tests to show clients and they're like, "Oh my God, that's great, do that." We were like this is a test. It doesn't necessarily have to be created within this paradigm of being a 100-person crew on 35mm film and six days of shooting. 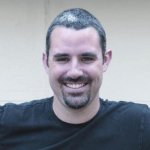 Tom Dunlap
Director of Integrated Production, Deutsch, Los Angeles
It basically comes down to talent and suitability, and finding that combination is an art form. And of course availability and interest are important as well. Every project is different and therefore, each project requires a different director skill set. The first step I take in evaluating a director's suitability is by getting into their work experience, whatever that may be. Once we have determined that a particular director is appropriate, I make sure their chemistry, both in the creative goals of the project, but personally as well. Additionally, I evaluate the production company and their ability to support our chosen director. This is an essential part of the director selection process. I don't believe this is any different than the way it has always been. However, I think today we ask much more of our directors and production companies. So in addition to the standard evaluation, I always consider how a director will approach the job from not only a creative perspective, but a strategic perspective. Meaning, how can they leverage my creative and budget to get the most out of the opportunity.


To discuss this article, visit the Creativity Forums.