In this year's music report: the annual Creativity Top Tracks list—from Coq Roq to "Balls," our rundown of the spot music that made us prick up our ears and say, "Yeah!" with bonus close-ups on the making of select tunes.

In 2006, consumers are jaded enough to want a bit of edge with their saccharine sweet, and Jack White is an apt messenger for Coke with the catchy track "Love is the Truth." White is accessible, raw and surprisingly endearing, lending authenticity to the brand and movement to the spot's static characters. His song of love and karma from nearly anyone else would sound cheesy and fake. "It's the right thing to do." 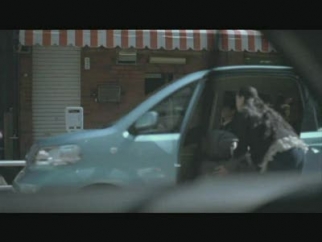 Toyota - 'Humanity'
The car isn't the only thing with human traits in this playful representation of Toyota's people-friendly features. A steady dose of manmade buzzing—often resembling the sound of a kazoo—accompanies the upbeat percussion and twittering flute, creating a score with a decidedly human touch.

It's not exactly a cappella, but it's close. When Soundtree came across Edgar "Jones" Jones, former frontman of The Stairs and his playful composition "Hangin' With Wulf And Bear" (from his album Soothing Music For Stray Cats), the London-based studio knew it had found the perfect musical complement to Toyota's anthropomorphic-with-a-twist spot. "Edgar's voice certainly expresses the human touch, enhancing the sense of humanity in a technology driven world and the idea that humanity is the soul behind this technology," says arranger/editor Adam Bushell. "Other voices tended to come across as being contrived, so in the end we were won over by Edgar's homemade charm and simplicity, and the music's ability to be molded to fulfill this piece."

Jones' track sets the perfect tone for the spot's rather bizarre depictions of a Toyota's more personable features. "We wanted to achieve something obtuse while having a carefree, confident air," says Bushell. "Something that has a feel of being kinetic and operational, but doing so with a smile on its face and the sense of a journey." That journey starts with Jones' voice as he hums along to the beat, the buzz mimicking the sound of a kazoo. The voice itself is complemented by a variety of instruments, each adding a different dimension to the overall audio landscape.

"Clearly the lead instrument is Edgar's voice, but there is also a contra bass and drums in there," says arranger/editor Tom Kenyatta. "The bass give a great hook and grounding for all the other instruments, the drums provide the rhythm of the journey and the high ringing tone creates the punctuation and thoughtful pauses in that journey. A piano was added in the middle section to help with the overall build of the piece, and to help reach a fun climax. Finally, we added percussion to liven up the environment around the car; pizzicato strings to punctuate and emphasize additional moments; and some electronic sounds for sync and technology." (Richard Ho)

The Northeast may have been without power for up to four days during the infamous blackout of 2003, but Joanna Newsom's whisper of a track "This Side of Blue" provided plenty of emotional energy to fuel this nostalgic spot for Orange. Set against a montage of New Yorkers celebrating in the dark city streets, Newsom's childlike voice, innocent lyrics and soft, haunting melody perfectly capture the carefree spirit of those memorable nights.

Surely a spot as epic in scope as Daniel Kleinman's history-spanning feat for Guinness deserves an equally epic, grand and sweeping orchestral score. And that's exactly what the spot gets—for the first five seconds. But once the trio of pubcrawlers embark on their backwards journey toward their primitive mudcrawling state, the soundtrack evolves into Sammy Davis Jr.'s joyous, foot-tapping "Rhythm of Life." A powerful beat, indeed.

Turns out it's not impossible to follow up last year's brilliant track for Honda "Grrr" with an equally brilliant musical hook, as demonstrated in the award-winning "Impossible Dream." As the Andy Williams inspirational classic "The Impossible Dream" plays in the background, the jumpsuit-clad protagonist mouths the words to the tune throughout his vehicular progression from motorbike to sportscar to speedboat. The song crescendoes just as the dreamer rises high into the sky aboard a majestic Honda balloon, in an audiovisual demonstration of just how far the power of dreams can take you.

The sight of a bouncing rainbow of 250,000 multicolored balls cascading down a San Francisco street is surreal enough on its own. But overlay the visuals with the enchanting guitar and hauntingly introspective vocals of Jos

The Editors Of Creativity
View all articles by this author