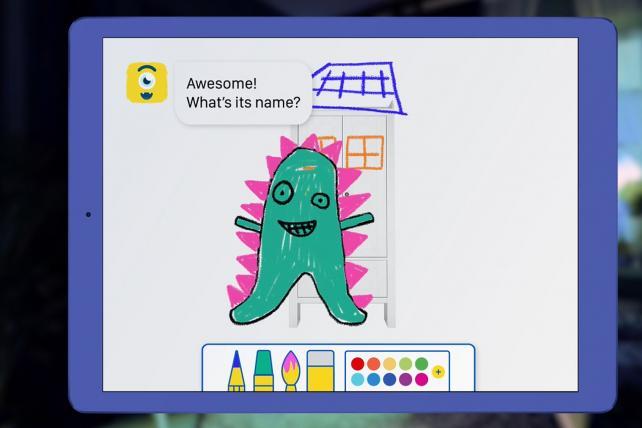 A.I. and data were keystones of the winners of this year's 13th annual Future Lions competition at the Cannes Lions International Festival of Creativity, hosted by AKQA Monday afternoon at the Debussy Theatre at the Palais des Festivals in Cannes. The contest honors ideas that would have been impossible three years ago because the technology that enables them hadn't existed at that point.

Five winning teams rose above the rest, in a competition involving 2,290 students from 386 schools and 55 countries. This year's honorees brought A.I. and data to the forefront to help empower people in times of need and fear, to combat fake news and to facilitate environmentally conscious behavior among consumers.

For the fifth consecutive year, Sweden's Berghs School of Communication earned the Future Lions School of the Year title, after earning more shortlisted finalists than any other school.

Check out the winning ideas below:

This idea uses Siri and Apple's A.I. tech to help people who are in life-threatening situations but are too afraid to call on their phone for help because they fear retaliation from their attackers. Users can discreetly speak a "safe word" that triggers Siri to call for help as well as inform authorities of details of the situation at hand.

This proposed app uses the AI-powered Google Lens and geolocation tech to help consumers distinguish how certain materials should be separated and recycled in a user's specific area. For larger items, it will pull up information on where consumers can go to dispose of them. The app can also identify whether or not a certain materials can be recycled at all, and if not, it will offer suggestions on how you can repurpose them.

This application helps to take the "scary" out of Ikea products for children. The idea recognizes how kids may imagine "monsters" in furniture and then helps them overcome their fears by sparking their imagination in a positive way. Through AR and AI tech, kids can create their monsters virtually, turning them into fun characters they can play with and that can interact with other child-made beasts hiding in Ikea products.

Financial institution Nationwide was the first in its category to earn triple recertification for carbon, water and waste management from the Carbon Trust Standards. This idea builds off the lender's environmentally conscious reputation and involves a partnership with Google's Project Sunroof, which helps users calculate how much savings they can get using solar power, based on the size of their rooftop. The initiative uses that data to offer up a special financing plan for solar panels in which monthly payments are as much as the value of their saving from them.