The Work Is 'Crafted With Care, Coded With Coffee, Celebrated With Champagne'
READ THIS NEXT
10 latest creative trends in the time of coronavirus
See the full Production Company A-List 2015
Credit:

At 250-strong MediaMonks bills itself as the "biggest creative production company on the planet." But in an industry where "big" is often associated with lumbering luddites stuck in their stodgy ways, the company has proved to be anything but.

With a team not bound by timesheets and free to dedicate time to craft, the company's proved to be one of the most inventive innovators in the production space, creating captivating stories and campaigns across a range of genres.

MediaMonks immersed viewers in the cozy, cuddly wake-up routine of a Scandinavian family with an interactive experience for Ikea and SMFB Oslo promoting the retailer's bed and bath lines. "Where Good Days Start" gave an intimate peek into everything from daughters' early morning play, to the son's grooming rituals to the mother's breakfast prep. You get so close to them you'll feel like you too, are part of the family. 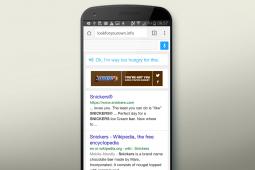 On the more humorous tip, MediaMonks teamed with AMV BBDO and translated Snickers' "You're Not You When You're Hungry" campaign to mobile and created iVoice, a totally useless Siri-like app that offered only uphelpful suggestions -- because, of course, it was starving and needed a Snickers bar. For example, if you asked for the weather, it would suggest something in the vein of "Look out the window." If you need to know the score of the football game, it would respond with something like "Enough with the sport, ask me something arty."

At the hands of MediaMonks, things got even more outrageous for Wieden & Kennedy and Old Spice with the interactive spectacular "Muscle Surprise," which invited users to uncover the outlandish stories hiding behind Terry Crews' pecs, biceps and abs.

In the automotive space, the company crafted the interactive version of Honda's mesmerizing "Endless Road," which takes viewers along a never-ending windy path, through night and day. (Gorgeous Director Chris Palmer directed the spot itself.)

It also created the typeface seen-- and made-- around the world, for Bic and DDB Tribal Dusseldorf. The multiple Cannes Lioned awarded campaign crowdsourced the digital handwriting of people from all over the globe to create a "Universal Typeface," promoting the brand's Cristal ballpoint.

On the gaming front, MediaMonks teamed with 72andSunny and Bungie to create the beautiful "PlanetView," which allowed viewers to view Mars, Venus and Moon through a kind of galactic Streetview. The site allowed viewers to familiarize themselves with weaponry and other aspects of the game.


In all, the company's work lived up to its mantra of "crafted with care, coded by coffee, celebrated with champagne."