Abba Takes a Chance on Experiential Entertainment With Music Party

Early next year, a new entertainment property opens in Stockholm. If successful, it could soon be coming to New York and Las Vegas as the next big international hit for Sweden's biggest music export: Abba.

"Mamma Mia! The Party" is an immersive experience masterminded by Abba's Björn Ulvaeus and a brand extension of the famous musical and movie.

Working closely with Ulvaeus to promote the show is Matias Palm-Jensen. The former chief innovation officer at McCann Worldgroup and founder of celebrated Swedish digital agency Farfar was one of Sweden's most successful ad industry exports and is now living back in Stockholm.

Mr. Palm-Jensen, via his venture The Kind Collective, has been involved since the start of the project, when he was contacted by some of the show's investors, who knew him from the ad world. "When I realized Bjorn was involved, I realized I couldn't say no. To me he is a rock star," he said.

First things first:"Mamma Mia! The Party" is not an interactive version of the well-known musical and film. It is instead, a four-hour interactive "party" with a whole new story, based on a Greek taverna owner on the island where the movie was filmed. 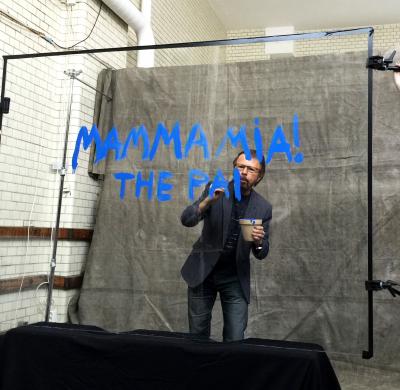 The experience, which opens on Jan. 20, will happen in a 450-seat converted beer hall in Stockholm amusement park Grona Lund, close to the city's Abba museum. Although outside it may be freezing, inside will be heated to "Greek" temperatures. Guests will wear summer clothes, be served a three course Mediterranean dinner, and depending on where they are sitting, will "experience" different aspects of the story. The storyline (which is still under wraps) will also change from evening to evening, depending on audience interaction and who is there. Naturally, music from Abba will feature, with the promise of a "Greek" twist to some of its classics.

"This is not a play, not a musical – it's about giving something back to the Mamma Mia fans. Bjorn wants people to feel like they are a child coming to a Christmas party," explained Mr. Palm-Jensen, whose remit has included branding and creating buzz around show. This started back in April, when a teaser film featuring Mr. Ulvaeus and the song "I have a dream" appeared on Abba's Facebook page prompting frenzied (and wrong) rumors of an Abba reunion. In June, another social media clip showed Ulvaeus taking a look at the construction workers on site; they start suddenly improvising "Take a Chance On Me" with their tools. 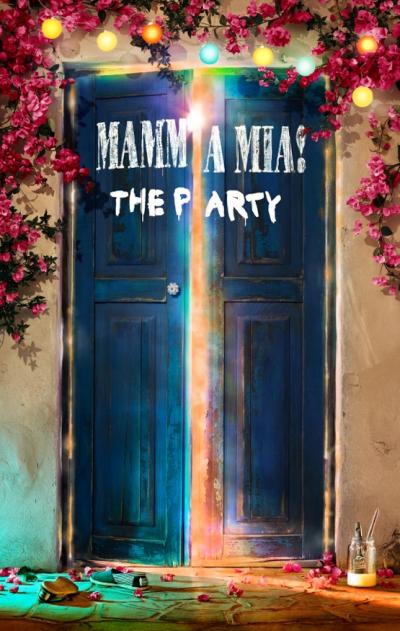 Since tickets went on sale in early September, marketing has been more explicit, including a 35-foot high billboard in Stockholm; radio and TV will follow. One interesting aspect of the collaboration is that Mr. Ulvaeus, Mr. Palm-Jensen said, has worked as "art director" on the project. He designed the lead visual for the branding, a sun-bleached Greek door with the Mamma Mia logo and the words "The Party" below. Mr. Palm-Jensen claims that The Kind Collective's "collective" agency model allows for this close collaboration with a client. He and co-founder Rickard Villard, a former Lowe Brindfors ECD, employ freelance creatives on a project-by-project basis. Mr. Villard said they look to work with "emerging individuals or shops that have a different point of view or skill set, that are building incredible technologies and are innovating across entire industries, not just channels."

With Mamma Mia! The Party opening on Jan. 20, 75% of tickets have been sold. There are already plans to take it global, with Las Vegas on the cards as well as New York and London. Mr. Palm-Jensen, who expects to be involved with the international communication too, could be on to a winner – and as we all know, the winner takes it all.