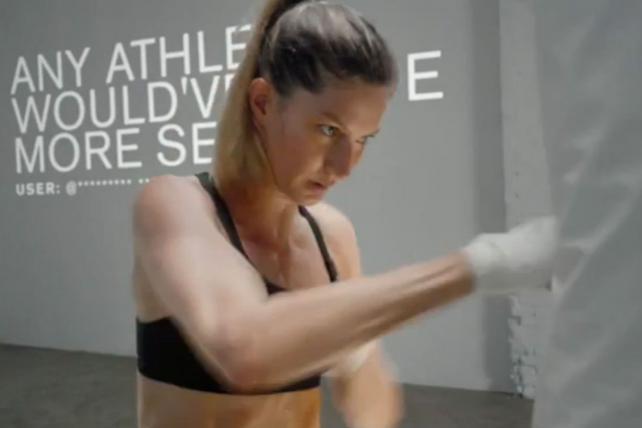 Winner of the 2015 Palme D'Or at the Cannes International Festival of Creativity, Smuggler prides itself in having a strong lineup of talent with storytelling experience across a range of media. "We have never seen ourselves as a traditional production company or a digital company," said co-founder Patrick Milling Smith. "We have just always focused on great ideas and craft."

Such is evident in the company's impressive productions from the past twelve months. It got people talking about Under Armour and supermodel Gisele Bundchen in an ad for the award-winning "I Will What I Want" campaign, out of Droga5 New York. The spot was part of a multiplatform push that pit the celebrity catwalker against public opinion as she slugged away at a heavybag. It was just one example of how director Jaron Albertin has come into his own as a soulful, powerful storyteller -- also evident in the up from the ashes story he shot for Powerade featuring Derrick Rose, "Rose From Concrete."

Henry-Alex Rubin nailed fast food with McDonalds' "Team Gol" and Burger King's "Proud Whopper" stunt. And it's likely many a Yankees fans shed a tear when they saw his touching tribute to Derek Jeter, "Made in NY" for Gatorade, via TBWA/Chiat/Day/L.A. Nominated for a 2015 Outstanding Commercial Emmy, the adwas shot in just a few hours before a Yankees home game in July and followed #2 through the streets of New York as he thanked his fans.

Smuggler also proved to be a powerful comedic force. Following his 2013 Super Bowl showing with Newcastle's "If We Made It," Director Randy Krallman brought more laughs to the brew brand in ads starring Stephen Merchant, who imagines how different America would be had Britain won the Revolutionary War. In another celebrity turn, he brought Ricky Gervais' dry humor to Netflix and also crafted an over-the-top tale of Wi-Fi dogs for Tribal DDB and T-Mobile.

Jun Diaz revisited the '90s in a hilarious campaign for Twix and proved Southwest the airline for wedding travelers, while Guy Shelmerdine directed one of the year's unsung comedic masterpieces for Hertz. Created out of Adam & Eve/DDB, it brought a surprise twist to a story of parents saying farewell to their adult son as he starts a new life on his own. Oscar-winning director Bennett Miller imparted his nuanced storytelling to boring bathroom items, in a series of quiet laffers for Quilted Northern and Droga5 New York.

On the more soulful tip, Mark Molloy conveyed the struggles, hopes and triumphs of surfers experienced and new in Samsung's breathtaking spot "Every Day Is Day One," while Tristan Patterson documented the work of photographer David Guttenfelder capturing photos of the homes of deceased veterans, for Mission 22. Adam Berg told a surprising tale of lost love, for Swedish band "Happiness" and then demonstrated his visual prowess for air freshener, or all things, in an innovative film for AirWick and Droga5 that showed a scent-ual journey through a home. Ivan Zacharias also delivered in a blockbuster for Axe starring a suave, mysterious gent who turns the heads of everyone in his path-from the ladies to a dog -- but you'll be surprised who he turns out to be.