Two's Company: The Return of Tomandandy

Out of sight doesn't mean out of mind—or out of earshot, in the case of advertising music icons Tomandandy. In fact, rumors of the dynamic duo's permanent dissolution are nothing more than white noise, as the partnership between Tom Hajdu and Andy Milburn has never been stronger. And after a brief hiatus from the advertising world to score films in Hollywood and pursue an individual endeavor or two, the dynamic duo are back and ready to make soundwaves once more.

So what exactly have you guys been up to the last few years? 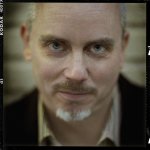 Andy Milburn
Andy: After closing the big shops in New York and L.A., we spent a bunch of time on a bunch of different things, both together and individually. I worked on continuing to develop some of our software technology, which we're now about to start rolling out. And more recently, we started focusing again on scoring projects together, most recently the film The Hills Have Eyes. 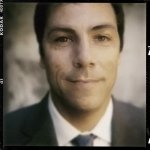 Tom Hajdu
Tom: We've done other films recently as well. Mean Creek did very very well, and we have another film coming out shortly called Right At Your Door. At the same time, I did a PhD and an MBA, and I got married. So we're kind of coming back, and we're really focused on trying to kick up the innovation on the music side of advertising, like we've done in the past.

Andy: We can't talk much about this in detail, but we're also working on some new video game music technology with Electronic Arts. It seems like a lot of entertainment energy is showing up there now, and we're really interested in trying to figure out how music works creatively in that space.

Tom: Andy's being a little modest, if I can just add to that. [Laughs] He's actually helped to develop the next generation platform for music in the gaming community. That's really what our goal is there. And we're looking to launch an innovative application in the commercial music world too, in the near future. It's called Audio Friend, and it's your friend. In audio. [Laughs]

Did you try to keep up with trends in the ad world while you were away?

Tom: Well, that's kind of why we took a break. We saw where advertising was heading, so we actually took the time to regroup and focus on coming up with more innovation. Rather than constantly chasing trends, we wanted to go back to leading. So it was really focusing on R&D. You kind of see it in the things that are coming out now, like The Hills Have Eyes and Right At Your Door, and you'll see it with the Electronic Arts thing, and you'll hopefully see it with Audio Friend. It's really a very different approach to a music company, which traditionally are concierge services.

So why was now the perfect time to reunite as Tomandandy?

Andy: One of the things we've been noticing is that in the last several years, there are more and more people who can happily make all kinds of music out of their apartments, and that's resulted in lots of little music houses and providers. And it's neat that that opportunity is there, but it's hard to connect to the rest of the advertising community if you're one person in your apartment. On the other hand, when we work with other people to come up with ideas for music for a spot, we always try to find specialists—people who are really strong at one particular thing, or obsessed with a particular style or genre or technique. And that's increasingly hard to sustain in a big music house where you have a huge staff. So basically, our goal is to have a very tight core, with good, strong relationships across a lot of the normal lines. It's actually been really neat to bring some amazingly brilliant sound engineers that we've met on the film side to bear on the video game stuff, for example. But those aren't staff positions—they're people that we work with.

Tom: We're on both coasts, so that also gives us a fairly broad reach. And we have a fair amount of connections not only to the film world, but to the video game world, and we've worked with some fairly well known artists in the past few years as well. So we like to cross-pollinate contacts, and work at leveraging those relationships to create new aesthetics. We've never really felt comfortable with the label "music house." We know what that looks like, and how it's built. But we stand in a very unique position of essentially being creative directors or creative strategists for audio, which is an unusual, unique spot. And that's our strength. We help people see with their ears. [Laughs]

What are some of the differences between film work and advertising work?

Andy: We really like problem solving. We like figuring out odd angles, ways to crack a scoring problem that aren't the obvious way. And that shows up in both TV and film. One of the great things about film for us has been that we've been able to explore that in big long chunks of time. But frankly, one of the great things about TV spots is that you're so constrained in time, and there's real opportunity there. You have to be very direct, you have to be very clear—you don't have the luxury of somebody's ear for an hour and a half. And we like trying to figure that stuff out. For us, there's still something very modern about short form and television advertising. There's a lot more narrative in advertising now, a lot of storytelling. We've been learning more and more about that doing the film stuff, and we're really interested in seeing how to affect storytelling in these small shapes as well.

Tom: And as we move to a web 2.0 environment, we're going to see these types of strategies converging. We really believe that the work that we've done—not only in features, but in video games and technologies as well—is all going to meet. Interactive is something we've been focusing on specifically. We've always embraced change, and that's kind of why we're coming back now, because we really feel like the time is ripe. We're at an inflection point, and we think we're fairly uniquely positioned in terms of our expertise to capitalize on where things are heading.

Can you talk a bit more about the technology you've been working on?

Andy: We have a program called Mash, which is a very elaborate A.I. system that helps you create musical mashups, a phenomenon that's been kicking around in DJ circles for years now, where you take two or more familiar things and jam them together. Our system lets you do that, but in ways that are more complicated than a human being could possibly figure out. It's pretty fun to play with. But of course, there's lots of copyright issues which make it probably not very useful for advertising. Another program we have is Spot, which is a handy little utility for dealing with Quicktime audio. It helps you art directors and copywriters handle muting and soloing of audio on the fly.

Tom: It's basically lets them not be handcuffed until they go to see the editor. They can really do it themselves. And Audio Friend, which we mentioned before, is an entire system that analyzes what's going on in a piece of video and makes intelligent suggestions about music that might work against it, or ways to line the music up so that it hits the cuts in interesting ways, all from a library. It's pretty cool.

Going back to the '90s, you guys were known for creating the signature MTV musical style. Have your musical tastes shifted at all over the years?

Tom: We've always been very dadaesque in our approach. We've never embraced one style. In fact, we always want to move toward something that we haven't done before. In the case of The Hills Have Eyes, we've never scored in the style of Ennio Morricone in Once Upon a Time in the West or anything like that. But when we did our own sort of doom-rock-with-anarchistic-orchestra version, it came out in a very post-modern way. So we're not about ripping off things. A lot of artists are really well known for doing one thing, and music houses are really good at emulating lots of other things—we're really good at innovating new stuff out of something familiar. Our agent recently called us the anti-Zimmer 2.0, and we thought that was a pretty good description.

So what new ad projects do you have coming up?

Andy: Our most recent project is a series of spots for the Ad Council. They're anti-drug spots, and they're all strong misdirects that make you believe that what you're watching is a kid tripping out on drugs. And of course for us, that was great, because musical tripping is fun and easy to do. [Laughs] And then the back half of the spot, you realize that they're actually getting high on something else. It's another example of a little narrative piece happening in a compressed space, and really screwing with people's minds by manipulating the score vibe, which we like to do. [Laughs]