A View Into Alibaba's Massive Shopathon, and What Its Execs Think About Trump | Ad Age
Skip to main content

A View Into Alibaba's Massive Shopathon, and What Its Execs Think About Trump 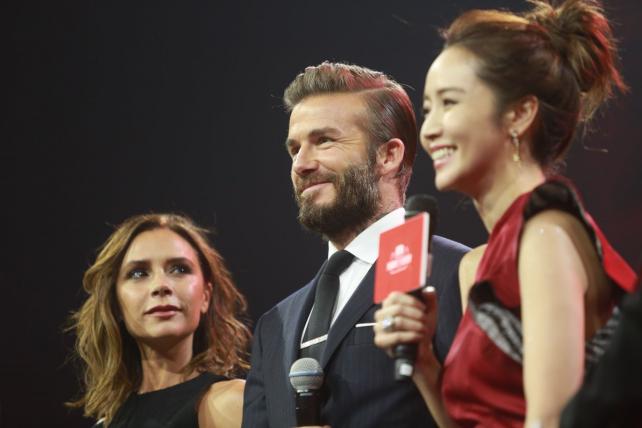 The 24-hour shopping event is still going on, but in the first hour, the Chinese internet giant said its platforms tallied over $5 billion in sales, breaking its own record.

Alibaba is blending entertainment, virtual reality promotions and gamification into its annual Nov. 11 shopping fest, known as Double Eleven or Singles Day. The event started eight years ago and has grown more grandiose each year, becoming the world's largest online shopping event, and other Chinese online shopping players including JD.com have also joined in. This time Alibaba hosted three weeks of marketing and promotions in the runup to the event.

Before the festivities started Thursday in the city of Shenzhen, there was a moment of reflection about Donald Trump's election victory and what it might mean for China.

During a briefing with media, Joe Tsai, Alibaba's executive vice chairman, was asked about Mr. Trump, who had pledged during the election to slap big tariffs on Chinese imports, prompting fears of a trade war with China. Mr. Tsai suggested that the president-elect should think hard about the risks of alienating China.

China "already is the source of consumer demand and the source of capital for America," he told reporters. "So if you're the American president you have to pay a lot of attention to that, because your job is to create a lot of jobs in American society. And if you don't have Chinese consumers being engaged and buying American products, and Chinese investors can't invest in the United States and create more American jobs, then you'd be in trouble."

Mr. Tsai added that he believes "the relationship between China and the United States will define our century."

The variety show, broadcast on Alibaba's own streaming sites and on satellite TV, led up to the start of shopping at midnight Friday. In a sign of Alibaba's ambition, it was produced by David Hill, whose past projects include the Super Bowl and the Academy Awards. It was interactive; viewers could shake their mobile phones for a chance to win coupons.

Ms. Johansson made a surprise appearance with Alibaba founder Jack Ma. David Beckham plugged his whisky brand, Victoria Beckham touted her clothing line, and retired Lakers star Kobe Bryant showed up, sporting stubble and a Nike sweatshirt. Katy Perry was supposed to sing but canceled, citing a family emergency (though as a staunch Hillary Clinton campaigner, she also has been continually tweeting her distress at the election.)

Double Eleven ends Saturday at midnight China time; last year, Alibaba said consumers spent $14.3 billion on Alibaba platforms in 24 hours. But there have been questions about the numbers, including how much of the merchandise sold is actually returned. In May, Alibaba said the U.S. Securities and Exchange Commission was investigating how Alibaba reports data on Double Eleven.

There is nonetheless widespread interest among consumers: A poll by YouGov said 82% of the online population intended to shop during the festival, on Alibaba platforms and others.

Alibaba has put big emphasis on virtual reality shopping and livestreaming this year. Macy's was among the brands participating in the VR offer, which let people shop and pay for merchandise in virtual environments. Alibaba also created a Pokemon Go-type augmented reality game that used the black cat mascot of its Tmall platform; the game was designed to lead people into real-world shops such as Starbucks and KFC.