Limits on Internet Providers' Use of Data Advance at the FCC 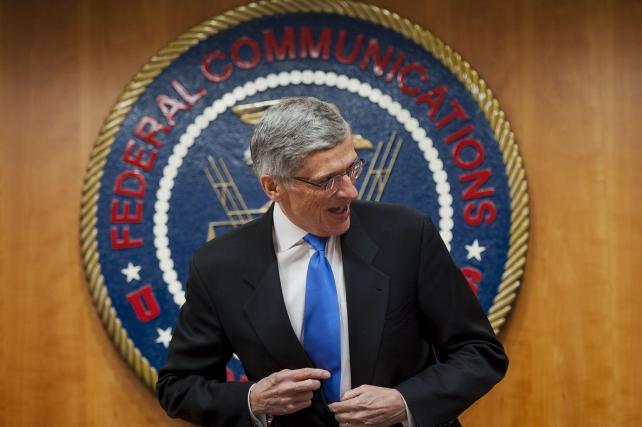 Regulators tentatively voted Thursday to restrict how internet service providers use information about their customers' online browsing, a proposal that cable and telephone companies say will benefit Google, Facebook and other web companies not covered by the rules.

The Federal Communications Commission proposal would require companies such as AT&T, Verizon Communications and Comcast to get permission from subscribers before sharing information with other companies including advertisers.

The rule, which advanced on a 3-2 vote over Republican objections, won't become final until another vote by the agency led by Chairman Tom Wheeler, a Democrat.

"It's the consumer's information, and the consumer should have the right to say whether it's used," Wheeler said.

Ajit Pai, a Republican member of the agency, said the rule "tilts the regulatory playing field by proposing to impose more burdensome regulation on internet service providers" than on web companies.

'Nonsensical'
Network providers have offered vivid criticism, much of it focused on different treatment for web companies, which are regulated by the Federal Trade Commission.

"You can't convince me that when a consumer sits down at a computer and fires up Facebook, they make any distinction between what their expectation for privacy is" from a cable provider or from the social media leader, Mr. Powell said at a forum last week in Washington.

The FCC has said it doesn't have authority to regulate web companies. It says net neutrality rules that govern internet service providers, which the agency passed last year, give it the power to regulate those companies' privacy practices.

The proposal will have a "negative impact" on fixed and mobile broadband providers, Moody's Investors Service said in a March 11 note. "A distinct competitive advantage will be given to online digital advertisers," the service said. "We believe this to be a long-term risk to the current TV advertising business model."

Networks that sell shows to internet service providers "may have great difficulty" getting detailed information about audiences that advertisers demand, Neil Begley, a senior vice president at Moody's, said in an interview.

The FCC proposal wouldn't stop internet service providers from from engaging in online advertising, Kim Hart, an FCC spokeswoman, said in an e-mail. "The proposal simply aims to let individual customers have a say in whether their personal data is used for that purpose," Ms. Hart said.

Congressional criticism
The proposal has drawn criticism from congressional Republicans, who have become increasingly vocal about actions by Mr. Wheeler, a former lobbyist for cable and wireless industries who was appointed by President Obama in 2013.

"While the FCC has wrapped its proposal in pro-competition and pro-consumer bunting" others including program providers have pointed out that "the proposal raises serious concerns about its downside," Representative Greg Walden, the Oregon Republican who leads the House telecommunications subcommittee, said at a March 22 hearing.

Representative Mike Doyle, a Pennsylvania Democrat, commended the privacy initiative, calling it "critical for FCC rules to be updated to suit our modern needs" by recognizing service providers' roles as "gatekeepers" to the Internet.