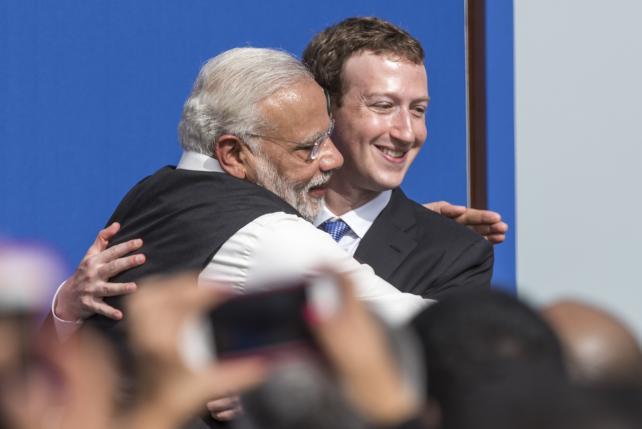 Facebook Chairman Mark Zuckerberg made a personal appeal in one of India's leading newspapers for the country to allow a free internet service that has stirred controversy and invited questions from regulators.

Facebook's proposed Free Basics plan allows customers to access the social network and other services such as education, health care, and employment listings from their phones without a data plan. Yet activists say the program threatens the principles of net neutrality and could change pricing in India for access to different websites.

The backlash in India centers on net neutrality, the principle that all websites should be equally accessible. Critics accused the world's largest social networking company of favoring a limited swath of the internet and excluding rival services. And Facebook's broader Internet.org initiative, including Free Basics, is seen as an effective way to draw more users onto a social network already used by over a billion people.

"We haven't got a problem with free internet as long as it's open to all. Free Basics is just a way of locking in users into the Facebook ecosystem. There's no Google, no YouTube," said Mahesh Murthy, a venture capitalist who co-founded Seedfund and marketing startup Pinstorm. "It can't be that the rich get access to the entire internet and the poor get access only to Facebook."

Mr. Zuckerberg's Facebook is spending billions of dollars on Internet.org, including projects to deliver the web to under- served areas via drones, satellites and lasers. The billionaire co-founder has said Facebook or its partners will not make money off this initiative and that the goal is to bring internet access to the developing world and alleviate poverty.

"This isn't about Facebook's commercial interests -- there aren't even any ads in the version of Facebook in Free Basics," Mr. Zuckerberg wrote in an opinion piece in the Times of India. "If people lose access to free basic services they will simply lose access to the opportunities offered by the Internet today."

This month, the Telecom Regulatory Authority of India asked in a "consultation paper" whether telecommunications service providers should be allowed to charge different pricing for data usage on websites, applications and platforms. The initial comment period for the Indian consultation paper ends Dec. 30.

Activists have argued that Free Basics is a "land grab on government property" and that with data rates in India already being low, eventually "everybody will be on the full and open Internet."

Campaigning
With two days to go before the deadline on comments, Facebook is scrambling to drum up support for Free Basics, a program already offered in 37 countries from Bangladesh to Zambia.

Beyond Mr. Zuckerberg's op-ed, his company has taken out full-page advertisements to make its case. One features a smiling Indian farmer and his family who the ads say used new techniques to double his crop yield.

It's started a "Save Free Basics In India" campaign, asking Indian users to support "digital equality" by filling out a form that shoots an e-mail to regulators. That also has the effect of sending notifications to user's friends unless they opt out.

"There's just a tremendous opportunity in India," Mr. Zuckerberg told students at the Indian Institute of Technology in New Delhi in October. "If there are a billion people who are not connected, then this is one of the biggest opportunities I think to help develop the economy here and to help obviate poverty and really lift up a lot of folks."