A&P's Customer Data, Social Accounts and Brand Assets Are Up for Sale

Chapter 11 Grocery Chain Data Hits the Auction Block
READ THIS NEXT
Fresh from bankruptcy, Catalina has cash to back funny videos 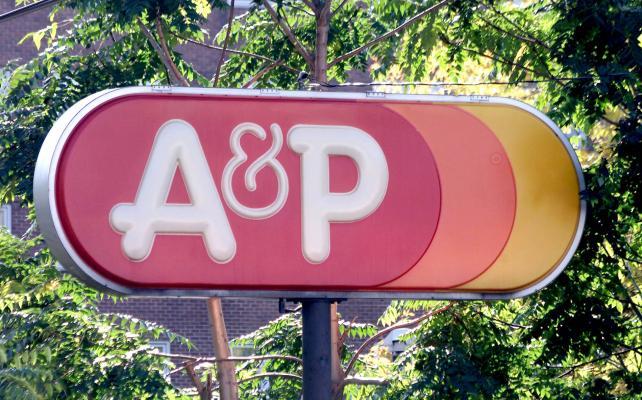 The sign outside an A&P store in South Orange, N.J., in 2001.
Credit: Jeff Zelevansky/ Bloomberg News

The Great Atlantic and Pacific Tea Company, better known as A&P, filed for chapter 11 protection in July. Now the company plans to auction off its intellectual property, including private labels and trademarks, social media profiles, web domains, customer data and proprietary software, according to Hilco Streambank, the I.P. broker managing the process.

A&P comprises grocery chains including Pathmark, Waldbaum's and Super Fresh, and its private label brands include America's Choice, Green Way, Via Roma and others.

Exactly what information might be included in A&P's data trove is not known. The company has a loyalty program, my+Rewards, which tracks store purchases and triggers targeted coupons based on that data.

A spokeswoman at a firm representing A&P, Sard Verbinnen and Co., declined to elaborate on the assets that will be available.

When the A&P bankruptcy was announced in July, grocery industry observers suggested Kroger was a likely candidate to acquire some of A&P's assets. Since then, Key Food Stores has purchased 23 A&P locations.

Sources involved in retail bankruptcies, mergers and acquisitions have suggested that customer data is almost always included among intellectual property assets when companies are sold. Retailers that have gone through bankruptcies recently, including Delia's and WetSeal, have also added customer data to bankruptcy asset sales.

Hilco Streambank's bid deadline for the A&P auction is November 19.